Over a year has passed by since J Boog has performed live in Hawai’i. The wait is nearly over. 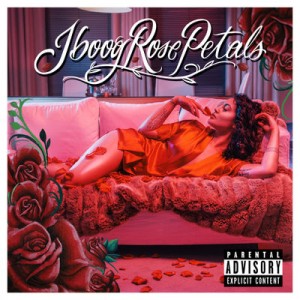 The collaboration with Snoop Dogg or Snoop Lion has been rumored for nearly four-years. In 2012, J Boog stated, “They weren’t rumors at all. We actually did a song together. Yeah, we did.” Now fans will get a chance to hear the collaboration “No Pressure” on the upcoming release of Rose Petals.

Two of the upcoming tracks on Rose Petals, “Good Feeling”, featuring Stephen Marley and “Good Cry”, featuring Chaka Demus have already hit the reggae airwaves and have reached the top spot on the most requested list on numerous Hawaiian based radio stations.

In 2015, it was rumored that J Boog would be releasing a full-length album in 2016, titled Wash House Ting. It is rare to see a band or artist release and EP and full-length album in the same calendar year, but reggae acts follow their own blue print far away from traditional recording artists in the mainstream.

Perhaps Rose Petals will be the appetizer that keeps fans salivating for a new full-length record from J Boog. And, fans in the United States will have an opportunity to hear some of the new tracks live and direct at a concert this year.

J Boog has been on the road, touring throughout the United States with Rebelution, The Green, Stick Figure and Through The Roots on Rebelution’s Falling Into Place Summer Tour. However, in between the legs of the tour, J Boog has carved out a few shows for his loyal fan base in Hawai’i.

Compton, California is J Boog’s first home, but many of his most famous songs have been written and recorded on O’ahu. For those that have witnessed the live performances from J Boog, his backing band, Hot Rain, calls Hawai’i their home.

At the end of July, J Boog will be performing four dates throughout the state of Hawai’i, beginning on July 22nd and 23rd on the Big Island of Hawai’i with shows in Kona on the 22nd and Hilo on the 23rd.

Then, J Boog will be one of the headliners of the annual MayJah RayJah Music Festival on July 29th at the Waikiki Shell and July 30th at the Maui Arts and Culture Center. Other performers on the traveling festival lineup include, Iration, Matisyahu, Yellowman, Rebel SoulJahz, Sons of Zion, Spawnbreezie, and many more.

For reggae music lovers in Alaska, J Boog will also be performing live and direct in Anchorage on July 16th with special guests Siaosi, DJ Westafa and many more.

For more details on J Boog, follow the links below.