Billboard Chart success has become a routine for Rebelution. Once again, their latest release has reached the top.

Rebelution, from Santa Barbara, California has rapidly emerged as one of the most prominent recording and touring acts within the reggae genre in the entire world. As a veteran band, releasing Billboard Chart-topping albums since their debut album Courage to Grow (2007), the band’s sound has evolved, but the message remains the same. And, so has their chart success. 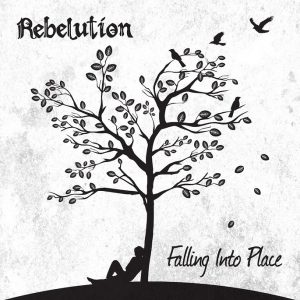 On June 3, 2016, Rebelution released their sixth album Falling Into Place via the band’s own 87 Music and in conjunction with Easy Star Records, an independent reggae label based out of New York.

After the first week of sales, Rebelution’s Falling Into Place peaked at #32 on the Billboard Top 200 Albums chart, as well as earning the top spot on the Reggae Albums chart.

For Falling into Place, Rebelution’s four core members: Eric Rachmany (singer/guitarist), Rory Carey (keyboards), Wesley Finley (drums), and Marley D. Williams (bass), got some refreshing new perspectives by writing with different producers and writers and recording at multiple studios. For Rachmany, the creativity began with an inspirational trip to Jamaica, the birthplace of reggae, where he did some of the writing.

[Related: Read more details about the new album from Rebelution]

The musical melting pot of producers has, once again, generated another hit record for Rebelution. After three-weeks holding the Billboard Reggae Albums top spot, holding off the likes of Ziggy Marley, Alborosie and Vybz Kartel, there appears to be no sign of stopping the American reggae movement.

There are many roots-reggae purists that say the American reggae-rock bands are “faking Jamaicans”. However, bands like Rebelution, Slightly Stoopid and SOJA openly welcome their fellow reggae artists, icons and contemporaries to collaborate on studio tracks and accompany these bands on tour.

Music is an international language. Bands can perform across the globe to many different crowds in many different countries, speaking many different languages, but the sentiment that remains true is the love for the sound, the lyrics and the message.

Reggae music might not be mainstream in the United States, but it is as mainstream as it has ever been right now.