After an extended hiatus from the touring circuit, the Long Beach Dub Allstars are back on the road.

Since the band’s inception at the end of the 90’s, Long Beach Dub Allstars have witnessed first hand the rollercoaster ride of the music industry. The band didn’t just ride the wave of previous successes from Sublime, the band collaborated with some of their greatest influences, such as, Barrington Levy, Half Pint, will.i.am, Tippa Irie , HR from Bad Brains, Fletcher Dragge from Pennywise, and the Born Jamericans, among others.

The Long Beach Dub Allstars released two full-length albums, Right Back (1999) and Wonders of the World (2001), before disbanding in 2002. The band had taken a hard-drug-free vow and some of the band’s members had broken this vow.

Now, the Long Beach Dub Allstars will return to the road for an extensive nationwide tour with support from The Aggrolites, Tomorrows Bad Seeds and Mike Pinto. 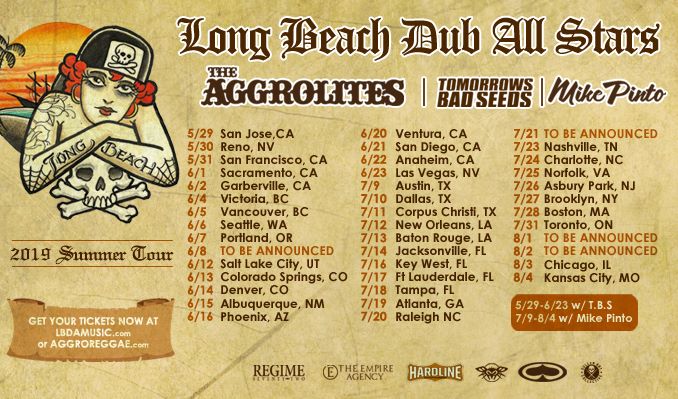 The tour will begin on May 29th in San Jose and will conclude on August 4th in Kansas City, Missouri. In total, the band has scheduled 44-shows from coast to coast, as well as multiple stops in British Colombia.