Headlining tours is every band’s dream, but often times a direct supporting role can exponentially grow a fan base.

After an incredible 2015 calendar year, which saw the Common Kings release their first full-length album, Hits & Mrs, tour in support of Justin Timberlake, perform at multiple international reggae festivals including California Roots, MayJah RayJah in Hawai’i, New Zealand’s One Love, as well as headline their own nationwide tour; the Common Kings will now embark on a direct supporting tour for female pop music sensation, Meghan Trainor. 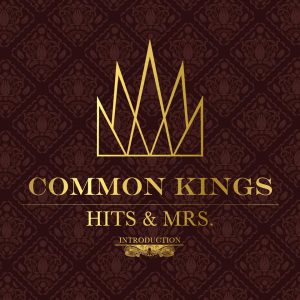 Common Kings seems to do no wrong. Blending pop hits with rock, reggae, R&B and classic soul influences, the crowd at their shows is always full throttle from the opening note to the last “hana hou”, or encore.

After spending time on the road with SOJA and Rebelution, as well as fellow Hawaiian based reggae acts, J Boog, The Green, Rebel Souljahz, and touring throughout Europe in support of Sean Paul, as well as headlining their own United States tour dates, over the last twelve months, Common Kings have continued to grow their band and brand both in America and internationally.

Now, the Common Kings have one of their best opportunities to expand their fan base, beyond reggae music fans or the Polynesian culture. Both the Common Kings and Meghan Trainor are more than familiar with each other. On Common Kings recent release, “Before You Go” was co-written by Trainor and also features vocals by the “All About That Bass” singer. The two acts shared the stage on multiple dates on the Reflection tour with Fifth Harmony in 2015.

As Common Kings’ bassist, Ivan Kirimaua told Billboard Magazine, “People don’t realize it, but Meghan has a lot of reggae and island influences in her background,” Kirimaua said. “So when we got called into a session with her, we instantly vibed.”

Perhaps this latest tour will inspire another collaborative effort between the two island inspired artists for the next album release from Trainor or the Common Kings.

For more information on the Common Kings, follow the links below.