Quickly emerging as reggae music’s rising star in the South Pacific, soon the sounds of Sammielz will be global.

First recognized in this music game as the former lead singer of DSS or Da Soul Sound, Sammielz began to pursue his solo career in 2011. Born and raised in Auckland, New Zealand, but now residing in Sydney, Australia, Sammielz has rapidly propelled himself to the forefront of reggae music’s hottest acts. 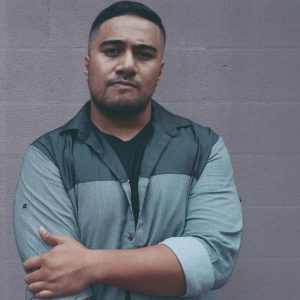 Friends and band members call the singer “Sammie” or “LZ” from the first initial of his last name putting the letter ‘Z’ to the end of it, garnering the stage name Sammielz for fans of his music.

In such a brief stint, Sammielz has already supported and toured with such prominent artists in the reggae genre, like Fiji, Spawnbreezie, Rebel SoulJahz, Laga Savea, Kiwini Vaitai, Luckie D, and many more.

It is truly an incredible feat for for an artist in this genre to gain so much credibility in such a short time frame. Thus far, Sammielz has released two EPs, The Beginning in 2014 and Thousand Times in 2015, as well as numerous singles and being featured on the Bless Up Music Compilation, Vol. 1 (2015) by Israel Starr, which debuted as the #1 album on the iTunes Reggae Chart.

Most recently, Sammielz has released his latest single, “Lie Under You”, as well as being featured as a special guest collaborator on “Good Vibes” by Jah Boy from Solomon Islands, featuring Conkarah from Jamaica, released on January 1st, 2016.

Both singles released in 2016 have reached the top spot for requests throughout Hawaiian reggae radio stations, as well as the 2014 release of “Let Us Be” being thrown into the rotation of latest island reggae staples on O’ahu.

For many reggae bands in New Zealand and Australia, Hawai’i is seen as the first stepping-stone to the United States. Many touring acts like Katchafire, House of Shem, Fat Freddy’s Drop, The Black Seeds, and most recently, Sammy Johnson, have tested the waters internationally in Hawai’i before making the leap to the continental United States. And, all have received glowing approval ratings once they touchdown in the states.

It is safe to say, the next big name to make the jump to the international reggae market will be Sammielz.