The longest continuously run reggae festival in the United States is back for its 32nd edition this summer. 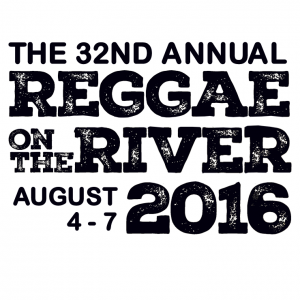 Over past editions, Reggae on the River has featured performances by Damian Marley,Ziggy Marley, Stephen Marley, Alborosie, Don Carlos, Pablo Moses, Tarrus Riley, The Congos, Katchafire, Stick Figure and Collie Buddz, just to name a few. The 2016 edition of Reggae on the River follows suit.

In total, this year’s festival will feature over 40 performers and special guests, gracing the stage in Northern California. Reggae on the River has once continually brought together the best talent in Jamaican reggae, dancehall and roots music to California, while also featuring some of the brightest artists and musicians from the New Zealand, Hawai’i and the mainland United States.

The 32nd annual Reggae on the River Festival will be hosted at French’s Camp in Humboldt County, CA, from August 4-7, 2016.

A portion of the purchase of each pass will help benefit outreach programs in Jamaica, such as the Alpha Boys School in Kingston and the Lil Raggamuffin Summer Camp in Jamaica’s Blue Mountains.

For more information on the 32nd annual Reggae on the River, follow the links below.