With each passing day, our world and country experiences an exponential loss of life, centered around prejudice and bigotry.

From the beginning of time, there has been a constant struggle to gain more power, leaving an unimaginable amount of carnage in its wake. As the years have passed along, the mass murders, terrorist bombings and political protests continue to grow in number. 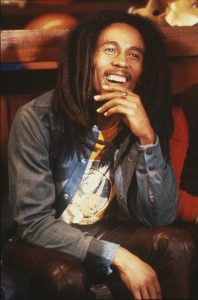 Although Bob Marley passed away in 1981, the lyrics that he would pen throughout his life still ring true in 2016, and will always remain authentic to the time period.

The reggae pioneer’s songs of love, dissatisfaction, peace, and protest are still as powerful and timely as they were when they originally moved the people of Jamaica and beyond in his heyday.

With the countless uprisings, rising death toll, confrontations, soul revolutions and political statements in the recent weeks, it’s incredible how many of Marley’s politically charged tracks could have been written only a few weeks ago.

Undoubtedly, one of the most powerful songs that Bob Marley wrote is “War”. “War” is a song that first appeared on the 1976 album, Rastaman Vibration by Bob Marley and the Wailers. Ironically, this particular album is Marley’s only top 10 album in the USA.

The lyrics to “War” are almost literally derived from a speech made by Ethiopian Emperor Haile Selassie I before the United Nations General Assembly on October 4, 1963 in New York, calling for world peace.

“Until bigotry and prejudice, malicious and inhuman self-interest have been replaced by understanding and tolerance and good will, there will be war.”

Until the philosophy which hold one race superior
And another
Inferior
Is finally
And permanently
Discredited
And abandoned
Everywhere is war
Me say war.

That until there is no longer
First class and second class citizens of any nation
Until the color of a man’s skin
Is of no more significance than the color of his eyes
Me say war.

That until the basic human rights
Are equally guaranteed to all,
Without regard to race
This is a war.

That until that day
The dream of lasting peace,
World citizenship
Rule of international morality
Will remain in but a fleeting illusion to be pursued,
But never attained
Now everywhere is war.