One of the most recognizable names in Hawaiian reggae music will make his debut performances in Europe.

Mike Love, a veteran of the live music community in Hawai’i, but still a rising star on the touring circuit in the major markets in the United States, will be spreading his music in Europe this summer. 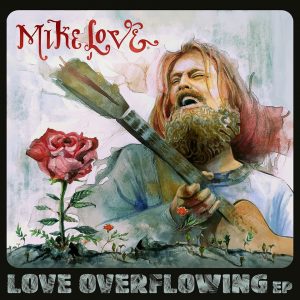 Mike Love will be embarking on a global tour, celebrating his July 12th release of Love Overflowing EP.

Some of the highlights for Mike Love’s upcoming dates in Europe include, Irie Vibes Roots Festival in Belgium, Rock’n Camp, Zion Garden Festival and the Summer Vibration Festival in France, along with the aforementioned Woodstock Festival in Poland.

Although, Mike Love has a fully-stocked touring schedule in Europe, he has not forgot about his fan base in the United States. Beginning on August 4th, Mike Love will tour throughout the United States, featuring performances in California, Washington, Oregon, Colorado, Montana and Nevada with multiple shows in each city.

As for the live sound, Mike Love fuses the simple rhythms of classic reggae with the complex changes of the classical and rock music he was first trained on to come up with a style wholly unique to him. Love harkens the legends of roots reggae in both his lyrics and his sound, but never relies on any one genre to hold him down. It certainly is not a fluke that Mike Love has received the prestigious Na Hoku Honohono Award (Hawaiian version of the Grammys) for Best Reggae Album.

Fans in Europe and the mainland are in for a treat once Mike Love comes to your town to perform live. It truly is a captivating live performance from one of the elite singers and musicians in the reggae genre today.

For more information on Mike Love, follow the links below.