One of the fastest rising stars in the New Zealand reggae community is Israel Starr. The son of famed Aotearoa music legend, “The Mighty Asterix”, Israel Starr recently followed the musical path of his father after playing professional rugby in Australia. Over the last three-years, Israel Starr has released numerous top ten singles in New Zealand and a compilation album, which debuted at the top spot on the iTunes Reggae Chart. 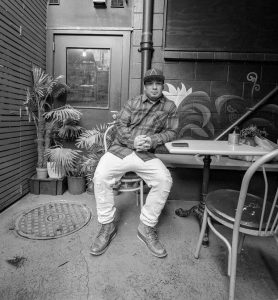 Israel Starr is the owner and operated of Bless Up Music in New Zealand, housing a plethora of artists and bands, creating a collective for local musicians to utilize an independent outlet for releasing music. Last year, Israel Starr was also a featured collaborator with Sons of Zion on the fellow New Zealand band’s 2015 hit single, “Stuck On Stupid”.

Israel Starr discusses how receptive New Zealand is to reggae music, if the reggae market is self-sustaining, the family atmosphere while collaborating with local bands and artists, what his goals are for future collaborations and the growth of his own label, Bless Up Music.

The Island Sound: To begin, give our readers a bit of your background and what shaped you into pursuing a musical career in New Zealand.

Israel Starr: I have been pursuing music and the reggae scene, fully focused, for about three-years. I actually grew up in the music scene. My dad is a musician, as well. So, I have had reggae all around me since I was born. I grew up in the Twelve Tribes of Israel at the Rasta House here in New Zealand. So, playing reggae music has always been the first thing on my mind, but unfortunately, the last thing on my priority list. I went off and played a bit of sport, playing Rugby in Australia, as well. About three-years ago when I got back from Australia, I started to write music professionally, or at least tried to make a living off of it, anyway.

The Island Sound: You call New Zealand home, and you have performed at some of the largest music festivals in New Zealand. Talk about the music scene in New Zealand and how receptive the local community is to reggae music. 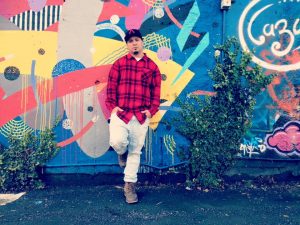 Israel Starr: Where do I start? There is Ragga Muffin, East Coast Vibes, Sound Splash, One Love, Homegrown. We have heaps of international talent, not only from America and Hawai’i, but from Jamaica and Europe, as well. We had Chronixx, Damian Marley, Shaggy, all the big acts come over here and get a great reception. There is a strong scene here for reggae. Having those festivals is definitely vital for exposure, not only for us in New Zealand, but for international acts, as well.

The Island Sound: There are a few bands from New Zealand that tour internationally, like Katchafire, House of Shem, The Black Seeds, just to name a few. Is there a desire for bands and artists to tour outside of New Zealand or is the local music market and reggae showcases self-sustaining for the bands?

Israel Starr: I think there is very strong support for New Zealand reggae bands. It is the biggest genre here. Last year alone, I think we had five festivals dedicated to reggae music. It is huge over here. Myself, I am about to go on tour and I am doing all of these small towns that are hours out into the wops. But, when bands or artists go to these towns, the whole town comes out. We get a ton of support in New Zealand and it is really thriving and really strong. I think when a band gets serious about it, one of the big goals is to go out to Hawai’i. Just follow the steps off of Katchafire, Fat Freddy’s Drop and The Black Seeds, because international is definitely the way to go. You know, that is my goal. Hopefully, one day I can tour out there in America, Hawai’i and California. It is definitely a big goal for everyone out here.

The Island Sound: Out here in Hawai’i, the local radio stations feature plenty of New Zealand artists and bands on the airwaves. Is Hawai’i the first stepping-stone you look for before venturing off to tour internationally?

Israel Starr: Definitely. I think having strong links and ties to the indigenous people is prominent. We are almost one people with our language, customs and our tattoos. So, it is kind of automatic that we have that relationship already. Yes, we want to try and break out of New Zealand. Artists take that first step, which is usually Australia because it is so close. For us, though, it is looking towards Hawai’i and building those links, which then will open the doors to America, hopefully. Recently, I think the best example is Sammy J (Sammy Johnson). He did well in Hawai’i and then he is able to go on to the West Coast in the United States and push his music there.

The Island Sound: Now, you have your own music label, Bless Up Music. Talk about what led you to start the label to support your own music independently.

Israel Starr: I started the label about two-years ago. It was basically to help, not only myself, but all the bands and artists in New Zealand to have a creative outlet for them to release their music. At the moment, we have a huge roster of six artists and a band, as well. They are Lion Rezz, Raggadat Cris, Jagarizzar, Majic, Chad Chambers and L40. Within New Zealand, there are only a few labels that really support reggae music. I suppose, the biggest one over in Hawai’i is Wash House. That is my goal to get it that big, so we are recognized like that, as well.

The Island Sound: Lets switch the focus over to the new single, “We’re In This Love”. Talk about the production for the new track and the collaboration with female artist Majic. 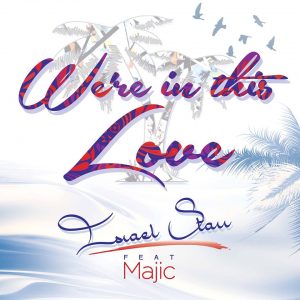 Israel Starr: Majic is basically my sister. She’s not my blood sister, but her whole family knows me and I know her whole family. The song is actually a remake of an old song that I really liked, and my parents and family used to play a lot. It is a song by Al Jarreau. I got the assistance from Zane Graham, who is the drummer for Sons of Zion. He helped me out with instrumentals, along with another fellow, Rahxx from Foundation here in New Zealand. I got them on board to play a few instruments, while I produced the track. And, to have Majic sing with me brought the whole track together.

The Island Sound: This isn’t your first collaboration on a track. You’ve worked with fellow New Zealand boys, Sons of Zion and Awa, and even a collaboration with Gappy Ranks. How did those collaborations come to form?

Israel Starr: It is a pretty close scene, much like Hawai’I, everybody knows everybody. You run into them at gigs every week. So, Sons of Zion just reached out to me for the song “Stuck on Stupid”. I did the verse and the intro in, probably, a half an hour. I was actually about to get on a plane to head to Rotorua. They messaged me right before. So, I quickly did it, then and there. For the Gappy Ranks collaboration, he actually came out here for a big festival and was on tour. So, I got to go into the studio with him and laid the verse then and there on the spot, as well. We released a remix EP, so we had the original and four other remix songs together. With Awa, he just moved to where I am living, messaged me, really professional and just got it done. Like I said, it’s a small scene and everyone knows everyone, and everyone collaborates with everyone. It’s great to see the tracks turn out so well.

The Island Sound: Are there any other artists or bands outside of New Zealand, perhaps internationally or from Hawai’i that you would like to work with in the future?

Israel Starr: I haven’t reached out to anyone in Hawai’i, as of yet. But, there are heaps of bands and artists over there that I would love to work with. The dream, of course, is to work with the legend himself, Fiji. That’s the big goal. Obviously, guys like J Boog, Kiwini Vaitai, Siaosi, I really like Lion Fiyah; Hawai’i has so many great bands and artists. It would be an honor to work with those guys.

The Island Sound: There are tons of bands and artists from Hawai’i that tour in New Zealand. Have any of them reached out to you to perform as an opener on their tours over there? 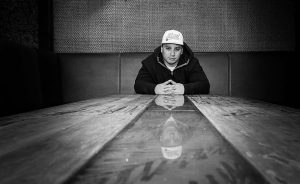 Israel Starr: Definitely. Most recently, Katchafire is returning from their tour in the United States to play some gigs out here. I have opened for J Boog the last few years he has played in New Zealand. I’ve opened for Spawnbreezie, Common Kings and a few others. It’s really nice. When they come over, they get us on board and we get to meet them, have a feast and link up.

The Island Sound: Interviews are not new to you. Actually, on the other side of the microphone, interviewing fellow artists like J Boog and Spawnbreezie at the Ragga Muffin Festival. How did you get involved in the journalism side of the music industry?

Israel Starr: The Nice Up crew sprung the idea on me. I thought it was really cool. I was approached to do it and I was happy to do it. It was great to find out more about these guys. I thought, “Why not?” As much as I am a part of reggae music, I am a fan, as well. I am one of those nerds who likes to read the credits on the album to see who played what instruments. I have a bunch of records and all the books. So, when I got the opportunity to interview those guys and have a chat, it was a pleasure. That was the first time I met those guys. Now, every time I see them, they recognize me and know who I am. It was a good relationship builder, as well.

The Island Sound: So, what does the future hold for Israel Starr? With the new single release, are there plans to release a new album in the coming months?

Israel Starr: Just quietly, I haven’t really discussed it with anyone, yet. There should be a new project coming, hopefully by the end of the year. But for now, I think we will just drop a few more singles. In the next coming months, we will be releasing one or two dancehall singles. But, yes, hopefully a project later on in the year.

For further reading on Israel Starr, follow the links below.