SOJA typically plays 200 shows a year. For concertgoers, the next few months will be spent on the road.

There might not be a more recognizable band in the roots-rock-reggae touring circuit than Grammy nominated, American based band, SOJA. The Washington D.C. area band is the quintessential international touring outfit in 2015. Packed arenas, open-air amphitheaters and over-capacity night club concerts have become the norm, but it has been over 15-years in the making. 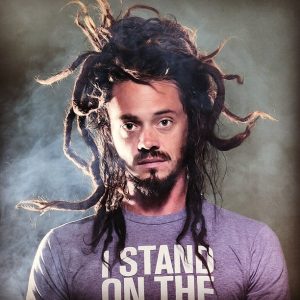 From playing locally to headlining major music festivals across the globe, fans in their respective countries now anxiously anticipate the next SOJA tour stop. And, there might be a more devoted following for SOJA than in South America.

Beginning on May 6th, SOJA will touchdown on South American soil, first performing in Peru, before touring through Ecuador, Chile, Uruguay, and multiple dates in Brazil.

The Brazil touring schedule will also feature special guests Julian Marley and The Wailers on May 18th, 20th and 21st in Sao Paulo, Salvador and Recife, respectively.

In honor of beginning their tour dates in Brazil, past performances and live footage was compiled for their latest official music video. SOJA released the music video for “Your Song”, which features Damian “Jr Gong” Marley, on May 5, 2016. The video also features a number of Brazilian fans, sending their well wishes to SOJA, describing how much their music means and also numerous sold-out crowds.

With SOJA, the touring circuit feels more familiar than their home, and rightfully so. There are not many, if any, bands that tour more consistently than the American reggae band.

As the seasons change from spring to summer, SOJA will begin a summer tour as special guests for Slightly Stoopid and the Return of the Red Eye Tour. The summer tour will commence on June 15th and run through August 28th, hitting all the major markets in the United States.