Arguably, the most successful reggae-fusion band from Southern California since Sublime, will release a new album on July 15th.

The Dirty Heads, from Huntington Beach, recently announced plans to release a new album, coming this summer. During a radio interview with Los Angeles’ KROQ-FM on April 20, 2015, The Dirty Heads revealed the first single, “That’s All I Need”, from the band’s upcoming self-titled album. 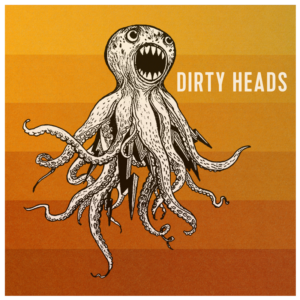 After releasing Sound of Change (2014) and Home Phantoms of Summer: The Acoustic Sessions (2013), the upcoming release from The Dirty Heads is less experimental, like the previous two releases, and far closer to the band’s reggae, hip-hop roots with Any Port in a Storm (2008) and Cabin By the Sea (2012).

Vocalist, Jared “Dirty J” Watson shared with fans on social media: “This album is way more reggae and hip-hop than the last album. That’s why, there is no title; this album is a self-titled Dirty Heads album.”

The new album from The Dirty Heads will be released on July 15th via Five Seven Music. Fans can pre-order the self-titled album via iTunes, starting on May 13th.

In support of the new album, The Dirty Heads will be touring alongside Sublime with Rome, Tribal Seeds and Bleeker. The summer tour will run from July 1st to August 20th, featuring tour stops in Miami, Boston, Philadelphia, New York, Chicago, Seattle, and many other cities across the United States.

Two highlights of the upcoming tour dates include the band’s headlining performances at Red Rocks Amphitheatre in Colorado and a hometown show at Irvine Meadows Amphitheatre, the latter of the two will be one of the final concerts at the 35-year-old Southern California music venue before closing in the fall.

For more details on The Dirty Heads and to view the new music video, follow the links below.