The Aotearoa reggae act has released new music and is set to tour through Europe and the South Pacific.

New Zealand’s Katchafire are considered one of the hardest working and most consistent touring bands in the reggae genre. It always seems like they are performing on the road throughout Europe, the United States and in the South Pacific in Australia, New Zealand, Hawai’i and Guam. 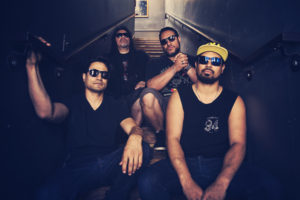 Known for their songs, “Love Letter”, “Feels Like”, “Seriously”, “Who You With” and countless others, fans are always anxiously awaiting the captivating live performance put on on by New Zealand’s prodigal sons, Katchafire.

Katchafire has already had a busy 2016 touring schedule, performing alongside some of New Zealand’s leading reggae acts, The Black Seeds, Sons of Zion, Kora and Ladi 6.

Katchafire also headlined their own United States tour, which featured a headlining spot at the 2016 California Roots Music and Arts Festival in Monterey.

Most recently, Katchafire released a brand new single and accompanying music video for the track, “Burn It Down.” Now the band is currently spreading their new music on the road throughout Europe with Australia and New Zealand dates on the horizon over the coming months.

The upcoming tour dates will commence on August 27th in Switzerland, followed by extensive touring in Australia and New Zealand throughout the months of September and October. In all, Katchafire will perform 28 shows from August 27th to November 6, 2016.

For more information on Katchafire and all upcoming tour dates, follow the links below.