On April 21st, the music world lost a legend in Prince. Watch the tribute and cover of “Purple Rain”.

Southern California’s own, Slightly Stoopid had a previously scheduled live broadcast at TRI Studios in San Rafael, CA on April 21st. However, no one could have predicted the emotions that all musicians and music lovers across the globe would be forced to deal with, after the news of the untimely passing of Prince was made public. 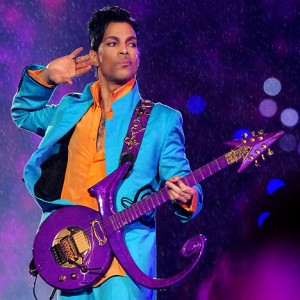 Prince Roger Nelson, better known as simply, Prince, was an innovator, a flamboyant guitarist and unmatched frontman on stage. Some of his greatest hits include “I Wanna Be Your Lover”, “Little Red Corvette”, “When Doves Cry”, “Let’s Go Crazy”, “P.Y.T” and, of course, “Purple Rain”, among many other hit tracks.

During a two-hour, live stream of Slightly Stoopid’s Live at TRI Studios with Bob Weir of the Grateful Dead, Angelo Moore of Fishbone, and many other prominent artists in the reggae genre, such as Don Carlos, Marlon Asher and Roger Rivas of The Aggrolites, the grand finale of the set list was a tribute to the passing of Prince.

Just before beginning the musical tribute to Prince, Miles Doughty of Slightly Stoopid said, “What a great honor and sadness today, we lost a great musician, Prince…one of the best guitar players, singer-songwriters to walk the earth. We want to do a little something for him, because he has brought so much joy to so many people in the world. It was definitely way too young and you have to appreciate everything you have.”

On behalf of The Island Sound, cherish your music and take in as many live performances as possible. One never knows how soon our favorite artists and bands have before they are gone.