Arguably, one of the biggest reggae bands in the world have announced new tour dates for the United States.

SOJA, from Arlington, Virginia, coming out from the shadows of Washington D.C., the Grammy-nominated band has captured the reggae world’s attention through heartfelt, conscious, hopeful lyrics. The band was formed nearly twenty-years ago, and has since released seven full-length albums, two EPs and two live DVDs, including the highly acclaimed SOJA – Live in Hawai’i. 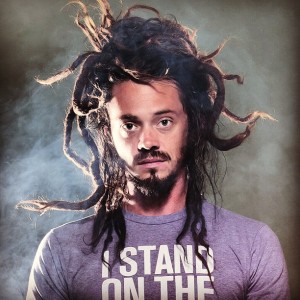 Most recently, SOJA released Amid the Noise and Haste in 2014, which peaked at number 20 on the Billboard Top 200 and number 1 on the Billboard Reggae Chart. Most notably, the 2014 release earned SOJA their first Grammy Award Nomination for Best Reggae Album.

Now in 2016, SOJA has announced new tour dates in the United States to begin their touring schedule. After kicking off the new year in Florida with special guests, Collie Buddz and Etana, this spring, SOJA will be on the road with New Kingston throughout the east coast.

SOJA has hinted at working on a new album via their social media accounts, so fans that choose to attend any of these dates might witnesses to some first time live performances of unreleased songs.

For more information on SOJA and all upcoming tour dates, follow the links below.