All the way from New Zealand, perhaps the most recognizable kiwi band will take their show on the road.

With over 15-years recording and touring, Fat Freddy’s Drop will embark on a world tour in support of their most recent release, BAYS. Regarded as one of the world’s finest live draws in international reggae, seven piece band Fat Freddy’s Drop have announced a month long tour. 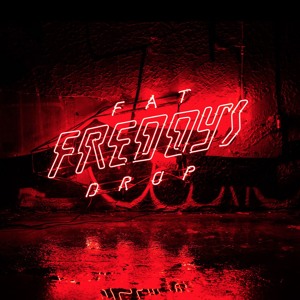 The European leg of the tour will kickoff on March 24th in London for back-to-back shows at the O2 Academy Brixton, before stopping in Holland, Belgium, Luxembourg, Germany, Denmark, France and Portugal.

Not many reggae bands have been so strategic in their approach to their longterm music careers. Creating a blueprint with a global perspective, Fat Freddy’s Drop have consolidated their fanbases across Europe, the United Kingdom and close to home in Australia and New Zealand, with high profile performances accompanied by slow burn albums that reveal more and more with every listen, priming the fan for the next live experience. It’s about the long game, a path that has come about by careful stylistic evolution, ever increasing production values and a live reputation that precedes their recorded material.

However, one area of the world that Fat Freddy’s Drop has neglected on their path to success is the United States. One can only hope that in the near future, Fat Freddy’s Drop will bring their music to America and beyond.

For more information on Fat Freddy’s Drop and their full touring schedule, follow the links below.