The 2015 music year ended, the Grammys crowned the Best Reggae Album of the Year. And, the winner is…

Morgan Heritage took home the Grammy for the Best Reggae Album of the Year for their 2015 release of Strictly Roots. Released on June 8, 2015 via CTBC (Cool To Be Conscious) Music Group, the album features collaborations with Chronixx, Jo Mersa Marley, J Boog, Eric Rachmany of Rebelution, Bobby Lee of SOJA, and last, but not least, Shaggy. 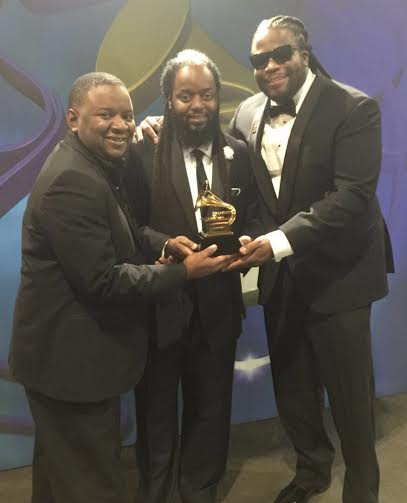 Some of the most prevalent songs on the 13-track album include singles, “Perform and Done”, “Put It On Me”, “Wanna Be Loved”, “So Amazing” and the album’s title track, “Strictly Roots”.

“Winning the Grammy is an achievement next to none. While we are grateful for the acknowledgment from our piers, we’re even more grateful for the people behind the music and our fans that kept us going for over 20 years. It’s gratifying and humbling at the same time. Jah is worthy to be praised,” said Mojo Morgan.

The album is currently available on iTunes for only $6.99, and has received a 3.5-star rating by iTunes customer reviews.

In December, Morgan Heritage and Strictly Roots was among The Island Sound nominees for Best Album of 2015. In our opinion, the award was granted to Barrington Levy’s Acousticalevy album with that recognition of Best of 2015.

But, there is no doubt, that all five nominees for the Grammys Best Reggae Album are worthy of their proper recognition. It is an honor and a privilege to be mentioned among the elite artists of the year.

The other nominees included Rocky Dawuni, nominated for Branches of the Same Tree, Jah Cure, for The Cure, Barrington Levy, for Acousticalevy and Luciano for Zion Awake.

With this highest honor graced upon Morgan Heritage, they will take to the road for a string of North American tour dates on the Keep On Jammin Winter Tour alongside Blackalicious and Morgan Heritage next generation, Jemere Morgan.

From The Island Sound to Morgan Heritage and CTBC Music Group, congratulations on winning the Best Reggae Album Grammy!