As the legendary reggae band is in the midst of a world tour, even more dates have been added.

After spending the latter part of 2015 touring North American, South America and the South Pacific, including five back-to-back sold out shows throughout the islands of Hawai’i to begin 2016, the UB40 Reunited Tour with Ali Campbell, Astro and Mickey has been an incredible success. Now, UB40 will focus their touring schedule throughout Europe and Asia. 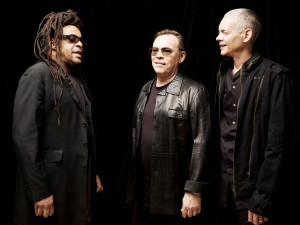 Beginning on March 18th in Spain, UB40 will be featured in Ireland, Netherlands, Belgium and nine dates in the United Kingdom throughout the spring months.

In Asia, UB40 will perform in Malaysia, Indonesia, Singapore and the United Arab Emirates from March 24th to April 2nd. All of these tour dates will feature UB40 live and direct in massive stadium-sized arenas in each respective country.

Prior to beginning the European and Asian tour dates, UB40 will perform in Guam and Saipan on February 24th and 27th, respectively. The opener for both shows will Hawaii’s own, Anuhea.

One of the highlights of UB40’s upcoming tour dates will be a festival headlining slot at Australia’s Byron Bay Blues Festival on March 27th, alongside mainstream artists Kendrick Lamar, Modest Mouse and Tom Jones, among many others.

And, just announced, for California reggae fans, UB40 will be headlining the annual Orange County Fair on July 31st at the Pacific Amphitheater in Costa Mesa, CA. The capacity for the venue is 18,000 patrons. If previous sold out dates are being noted, the venue will need every single seat and standing room only areas.

Tickets for the UB40 Reunited Tour have been sold out in virtually every tour stop featured thus far, but tickets are still available for the upcoming dates. So, do not wait to purchase your tickets.

For more information on UB40 and all of their upcoming tour dates, follow the links below.