From Brooklyn, New York, one of the more recognizable bands and brands in American reggae will tour the U.S.

Easy Star All-Stars, a revolving rotation of musicians formed around founding members, Michael Goldwasser, Eric Smith, Lem Oppenheimer and Remy Gerstein, will perform their live rendition of the album, Dub Side of the Moon, a remix of the legendary album by Pink Floyd, The Dark Side of the Moon. 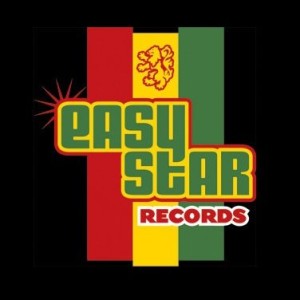 The New York reggae collective has been known for their remix albums, aside from the Pink Floyd remix album, Easy Star All-Stars have put their own twist on classic albums like Sgt. Pepper’s Lonely Hearts Club Band by The Beatles, OK Radio by Radiohead and most recently, Easy Star’s Thrillah by Michael Jackson.

This spring, Easy Star All-Stars will take to the road for a string of dates with the live rendition of their Dub Side of the Moon album. Beginning on April 20th in New York, Easy Star will perform at at the Highline Ballroom to kickoff their nationwide tour. Other tour stops will include Chicago, Wisconsin, Nebraska, Las Vegas, Denver, Minneapolis, St. Louis, Salt Lake City, Kansas City, among others.

As supporting acts on the upcoming tour, Easy Star All-Stars have invited fellow reggae-dub band, Tatanka, from Denver Colorado. Tatanka has been one of the rising bands in the dub-rock-reggae scene, nominated locally and nationally as one of the top reggae/jam bands from Denver, Colorado.

Tatanka will also be featured on a subsequent tour on the west coast, opening up for California-based band, Seedless, beginning in late March.

For more information on Easy Star All-Stars and their upcoming tour dates, follow the links below.