It is extremely rare for a reggae band to cancel tour dates, but Steel Pulse has a valid reason. 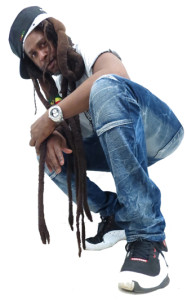 The reason for this announcement comes with a heavy heart, revealing that lead singer and guitarist, David Hinds, has been hospitalized with pneumonia.

The tour dates that were unfortunately cancelled include United States dates in Reno, Santa Cruz, Petaluma, Santa Ana, San Diego and Honolulu, as well as a headlining slot at New Zealand’s One Love Music Festival and subsequent tour dates in Australia.

In a statement on Steel Pulse’s website and social media accounts, “The cancelled shows will be rescheduled and announced as soon as possible and the band hope to perform at the One Love Festival in the future. Ticket holders should contact the outlet that they purchased their tickets from. Meanwhile the band hopes to resume touring, finishing their documentary, Dreadtown and completing their next album as soon as possible.”

It has been an unfortunate past few months for reggae performers and falling ill. This past summer, Barrington Levy contracted dengue fever prior to his Catch A Fire Tour performances with Damian Marley, Stephen Marley, Morgan Heritage and Tarrus Riley.

From The Island Sound to Steel Pulse, we wish a speedy recovery to one of the best lyricists the reggae community has ever witnessed.

For more information on all things Steel Pulse, follow the links below.