One of the fastest rising touring acts from New Zealand, Sons of Zion, have just released two new tracks.

Fresh off of their recent tour throughout their homeland of New Zealand with Katchafire, Kora and The Black Seeds, as well as a headlining performance at Guam’s Trench Fest 2016, Sons of Zion have been hard at work in the studio, releasing two brand new singles, “I’m Ready” and “Fill Me Up”. 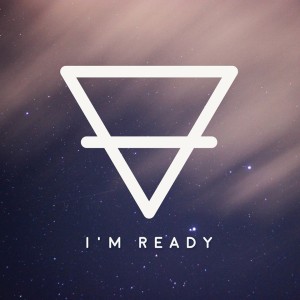 Sons of Zion are poised to release their self-engineered and self-produced second album, a follow up to their debut, Universal Love (2013). The upcoming album and most recent singles have been recorded at the band’s home studio and engineered by their keyboard player, Matthew Sadgrove.

The single, “I’m Ready” was written by lead singer, Rio Panapa. The hook, or chorus, of the song came to him while driving in his car. Rio stated, “When I got home, I jumped on my guitar and came up with a basic chord structure and then started playing a bass line around those chords and went from there. Everything fell into place after that. We had a demo track in a half an hour.”

“Recording ‘I’m Ready’, in terms of instrumentation and arrangement of the song, was one of the easiest songs we’ve recorded,” Sadgrove said. “This is one of the few Sons of Zion songs that has no electronic element to it. We were looking for a real organic sound. We used all live drums, live bass, organs and a grand piano.”

The band feels that this will be the song that helps others “get on board with the journey” Sons of Zion has ventured on. Fans in Australia will have a chance to catch the New Zealand natives in April, as they travel to Melbourne, Sydney, Brisbane, Perth and Bunbury from April 15-30, 2016.

Sons of Zion will also be featured at New Zealand’s One Love Music Festival on February 6th and 7th, alongside J Boog, Common Kings, Steel Pulse, Third World and Collie Buddz, among others.

For more information on Sons of Zion, their new music and upcoming tour dates, follow the links below.