J Boog and Stephen “Ragga” Marley are certainly no strangers to a great collaboration. This time, a song together. 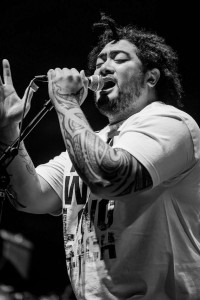 The collaboration between J Boog and Stephen Marley, “Good Good Feeling” has been released as the latest single for J Boog to kickoff the 2016 calendar year. The single has already reached the top spot on numerous local reggae radio stations throughout the islands of Hawai’i.

J Boog has featured collaborations with Peetah Morgan on “Sunshine Girl”, Tarrus Riley on “She Give Me Lovin'”, Richie Spice on “Got to Be Strong”, Jacob Hemphill of SOJA on “Watch and Learn” and fellow Wash House Music artist, FIJI on numerous tracks.

Those collaborations have all become major radio hits throughout the Pacific Islands in Hawai’i, New Zealand, Australia, Fiji, Guam and made it to the airwaves in Europe. J Boog has even drawn a following in Jamaica with recent performances on the Jamrock Reggae Cruise the past two years, and a full performance slated for 2016.

Currently, J Boog is working on a new full-length album slated to be named, Wash House Ting. The album is expected to be released in 2016, after his last two full-length albums Backyard Boogie (2011), and Hear Me Roar (2007) left loyal fans anxiously waiting and wanting more.

For more information on J Boog, new music and upcoming shows, follow the links below.