Winners of the 2016 Grammy Award for Best Reggae Album, Morgan Heritage sat down with The Island Sound.

After their release of the band’s 10th studio album, Morgan Heritage reached the heights that only an elite group of bands and artists within the reggae genre have ever accomplished. Earning a Grammy Award in 2016 did not complete the career of Morgan Heritage. In fact, the band has already released a new single for an upcoming album, preparing for a tentative release in the first quarter of 2017. 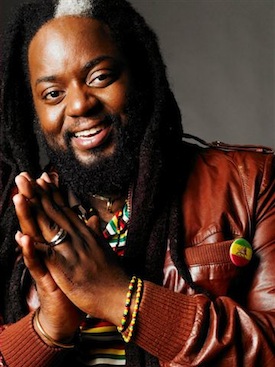 Promotion for Morgan Heritage’s award-winning release, Strictly Roots, was far and away the most fruitful stretch of the band’s history. The tours and touring partners that Morgan Heritage embarked on and with came far and wide in the past calendar year. Morgan Heritage toured the globe, from Europe, to North America, to the South Pacific, to Africa and everywhere in between.

There is no time for rest with Morgan Heritage, even when the band is traveling from show to show, exchanging ideas with the likes of Damian Marley, Stephen Marley and Tarrus Riley on the Catch A Fire Tour. A tour that Peetah Morgan says, “We will never forget, and will go down in the history books when they write the story of reggae music.”

The Island Sound was very fortunate and humbled by the opportunity to interview Peetah Morgan of Morgan Heritage, prior to the band’s performance in Honolulu, Hawai’i. The band is currently in the midst of their So Amazing World Tour and stopped over on the islands of Hawai’i to perform two show dates prior to their shows in Tokyo, Japan.

Without further interruption, here is the Exclusive Interview with Peetah Morgan of Morgan Heritage…

The Island Sound: So, we are here in beautiful Hawai’i today, but your music has taken the band to all corners of the earth. Next week you will be in Asia, and this past year, you toured throughout Africa. Talk about some of the logistical hurdles of performing in an unfamiliar country.

Morgan Heritage: A lot of the logistics revolve around obtaining the proper credentials and a working Visa to even enter these countries. As for the music, sometimes different territories and countries require different set lists. In some of these places, they might know a song that might not be known in other territories. So, we do a lot of research before the shows and find out what the people love in that market. We prepare our shows specifically for the people. It is difficult to get to some of these markets, but once we get a chance to play, that is the best part for all of us and the fans. 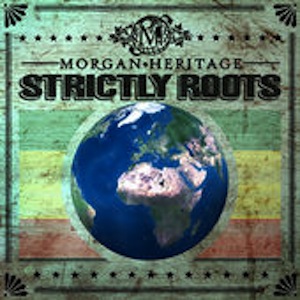 The Island Sound: Obviously, the draw for Morgan Heritage has grown exponentially since the release of Strictly Roots in 2015.

In promotion for that album, the band toured with one of the most impressive lineups in recent memory, with Damian Marley, Stephen Marley and Tarrus Riley.

How were those moments gathering before the show, eating, conversing, unwinding after the show and just bonding together with such accomplished artists in the genre?

Morgan Heritage: Everyday on that tour was like a big family reunion. Every artist, the Marley family, the Morgan family, the Riley family, we are all one big family, through spirit and by music. We are all family. It was a joy to have a tour like that. It was the first of its kind, to have so many A-List artists out of Jamaica touring together in the United States of America. It was a great experience, and it is something that we will never forget. It is a tour that will go down in the history books when people read and write about Reggae music.

The Island Sound: I have to ask, are there any potential collaborations that came about from that tour, to be featured on an upcoming release, perhaps?

Morgan Heritage: There were a lot of ideas shared. You may hear some things come out in the future. But, we don’t really talk about it. We want to leave our fans of the music wanting more. There were definitely ideas shared from all the families. It was definitely a great vibe and a great experience. Hopefully, there will be another opportunity to do a tour like that again. We look forward to it.

The Island Sound: For the full-length album of Strictly Roots, six of the 13 tracks featured collaborations with the likes of J Boog, Shaggy, Chronixx, Eric Rachmany of Rebelution, Bobby Lee from SOJA, and on and on. Was it a conscious decision to feature more artists on Strictly Roots?

Morgan Heritage: No, not really. Every collaboration happened naturally. There was nothing planned. We wanted to just make an album that was different than any other previous Morgan Heritage album. Pretty much all the albums before Strictly Roots, we didn’t really have many collaborations on those albums. We did have collaborations in the past as individual artists. But, to create an album with so much diversity and so many different artists from different countries, it was a great experience to be a part of it and the world loved it. And, in the end, we were awarded a Grammy for our work. 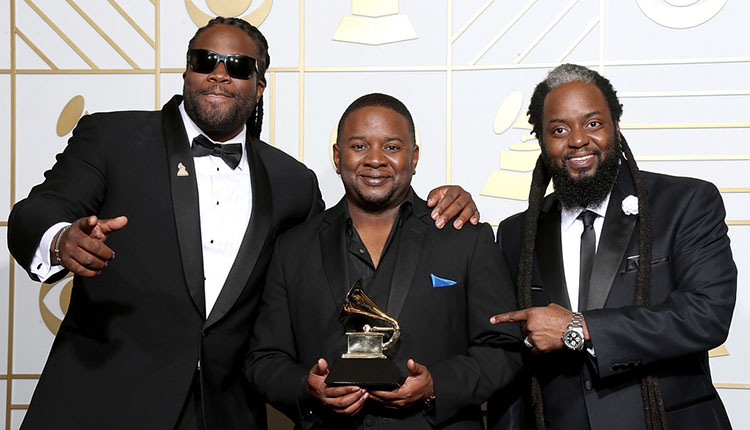 The Island Sound: The process and execution certainly paid off in a big way. I think it is safe to say, the band earned its biggest accomplishment and most notable award to date, winning a Grammy Award for Best Reggae Album. First, what was that specific moment like, and second, how has the Grammy award changed the band moving forward?

Morgan Heritage: It was a feeling of total enjoyment, a feeling of humility and a feeling of shock. When you make these albums, you don’t make them to receive awards. When we go into the studio to record, we make these albums for the fans, we make these songs because we love the music. When you reach a level where the Recording Academy of America recognizes you and your work, it is a very humbling feeling. Honestly, it just makes you want to do it more. It has changed a lot for Morgan Heritage. We have been getting a lot of calls to do shows that we have never received before. You have a lot of people, promoters and venues reaching out to artists that have won a Grammy. A lot of those shows have been coming to Morgan Heritage.

The Island Sound: Morgan Heritage certainly remains active and you guys are always staying busy and forming your craft. If you are not out on the road touring, you are in the studio or writing to record a new album. When do you guys individually find downtime, and relaxation from the hustle and bustle of the road, or are you always thinking about the next song, the next rhythm, the next harmony, etc.?

Morgan Heritage: Yes, that’s right. You can’t plan music. Music and the inspiration comes naturally. A lot of people say, “We are going to take three months off and then go into the studio.” Morgan Heritage does not work like that. We are always making music. Even when we were making the Strictly Roots album, we were in the process of recording the album that is coming out next year. When we were making the Here Come the Kings album, we were recording the Strictly Roots album. We are always making music, because you never know when something special is going to come. And, when it comes, you can’t say, “Oh, I am not ready to record right now.” We are fortunate to travel with a portable recording studio, which makes it easy for us. We set up our studio in the hotel rooms. Technology has created avenues and vehicles that we can make music wherever we are. We, Morgan Heritage, take advantage of that and make the music wherever we are.

The Island Sound: Staying on that topic. Most recently, you released a new single and a new music video for the track “Selah”. Talk about the writing process for the new song and the opening line “All eyes on America, People and Places want to be just like America. And, I just can’t understand why.” I have to think that is even more prevalent now with Donald Trump being elected.

Morgan Heritage: Writing “Selah”, we don’t have anything against America, at all. But, being human beings that travel the world and meeting different people from all over the world, and they say: “their dream is to go to America and be just like the Americans”. And, we say, “Why? You live in paradise! We want to come here!” The song is just for people to acknowledge that there are so many beautiful places and cultures on this planet. So, it is just us saying, that we are not blind anymore. We are not caught up in the media of America that whatever they say, that is the way it is. We have traveled all over the world and have seen things that we never saw before. If you go to Europe, you see totally different things on the news about America that they don’t show on the news in America. It is just the media and propaganda, and even Donald Trump has proved that the media is wrong a lot of the times. No one predicted Donald Trump to win the election. And, for him to win the election and beat all the odds, it just shows that the media is full of lies and propaganda a lot of the times. 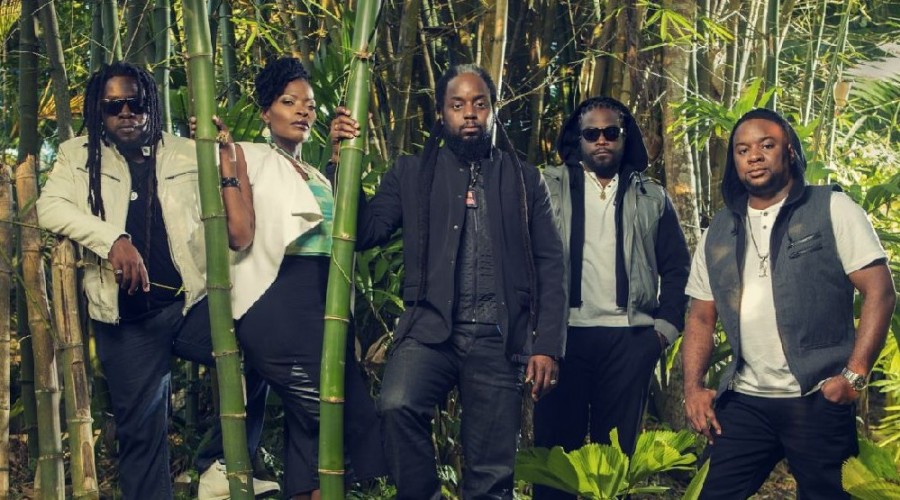 The Island Sound: Now, “Selah” is the first single of the new, upcoming album. I have to ask, is there a tentative release date for the new album?

Morgan Heritage: Yes, definitely. We are looking to release our new album during the first quarter of 2017.

It was an honor and a privilege to sit down and talk with Peetah Morgan of Morgan Heritage, and this interview would not have been possible without the the assistance from MPR Consulting, Malaika Lepine and tour manager, Lukes Morgan.