Five years after J Boog released a new full-length album, he’s back on top of the charts. 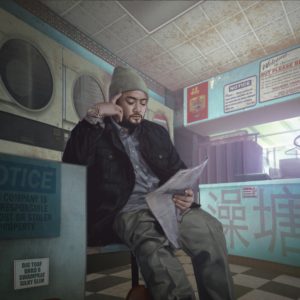 These new tracks and collaborations come on the heels of J Boog’s most recent release, the five-song EP Rose Petals, which featured, Stephen Marley, Chaka Demus and Snoop Dogg.

The collaboration with Snoop Dogg or Snoop Lion has been rumored for nearly four-years. In 2012, J Boog stated, “They weren’t rumors at all. We actually did a song together. Yeah, we did.” Fans had a chance to hear the collaboration “No Pressure” on the Rose Petals EP. However, that track did not carry over to the latest full-length release of Wash House Ting.

Since its release in November, Wash House Ting, is one of the most popular Reggae albums of the year, and instantly debuted as to the top spot on the Billboard Reggae Chart. For the past two weeks, J Boog’s Wash House Ting has maintained its position as the top album in the genre, according to the Billboard Chart.

Other notable bands and artists within the current Billboard Reggae Chart include, Rebelution, which actually holds the number four and five spots on the latest edition with their albums Live at Red Rocks and Falling Into Place, respectively, as well as Stick Figure’s Set In Stone (2015) at number seven, Matisyahu’s Release the Bound at number 9, and Stephen Marley’s Revelation Part II: The Fruit of Life, rounding out the Top 10.

For more details on J Boog and his upcoming album release, follow the links below.