The female singer-songwriter from Maui, Hawai’i has announced new tour dates to conclude the 2016 calendar year.

One of the leading female reggae artists, Anuhea, has been extremely busy this past year. With a fully-loaded touring schedule over the past calendar year and relentless studio work on, not one, but two albums, All Is Bright (2015) and Shoulders (2016), it was only a matter of time before another slate tour dates were to be announced. 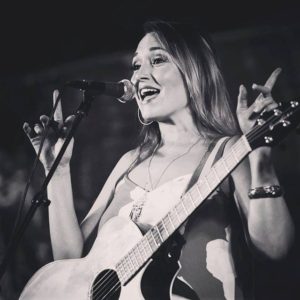 Anuhea’s latest album, Shoulders, which was released on February 5, 2016, was followed by a tour throughout the United States, throughout the spring session.

After a steady string of tour dates this past year with her full band, Anuhea will perform an intimate performance for fans across the United States, bringing along her acoustic guitar, a microphone and the Aloha Spirit from Hawai’i.

The All Is Bright Tour will begin on November 18th in New York and will include tour dates through Pennsylvania, Washington, Oregon and California , as well as dates in Hawai’i, Saipan and Guam.

Anuhea has been announced as a headlining performer at the Blue Note Club in Waikiki, O’ahu, featuring six performances in three days, which will include many of her closest friends in Hawai’i. Anuhea fans in the state of Hawai’i should expect special guest appearances by Paula Fuga, Kimie, The Green, and many more.

For more information on Anuhea, the new album release, Shoulders and all upcoming tour dates, follow the links below.