It is a true testament to the timeless music of Sublime, that twenty-years following the untimely passing of frontman Bradley Nowell, music lovers across the globe still want to hear the unfiltered sounds of the Southern California music scene. Throughout the band’s career, Sublime’s catalogue only featured three full-length album releases. However, the most successful release from Sublime was the band’s self-titled album in 1996. 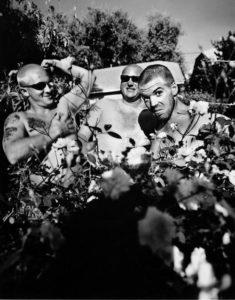 After Bradley Nowell (vocals/guitar), Bud Gaugh (drums) and Eric Wilson (bass) spread their music out of the trunk of cars and vans at shows, it is incredible to believe, the iconic band has now sold over 17 million records worldwide while still remaining prevalent to this day.

On May 25, 1996, Bradley Nowell passed away from a Heroine overdose at a motel in San Francisco, California, the morning after their last live show in Petaluma, California, and two months prior to the self-titled release.

Sublime recorded their self-titled album at Pedernales Studio in Austin, Texas, a studio which is owned by Willie Nelson. The album was produced by famed musician and producer Paul Leary of the Buttlhole Surfers. “They were the sweetest bunch of guys,” recalled Leary to Rolling Stone, “[but] it was chaos in the studio. There were times where someone had to go into the bathroom to see if Brad was still alive.”

Unfortunately, Brad was never able to witness the success that the new album achieved. In a matter of months, Sublime’s self-titled album had amassed nearly 150,000 records sold. After almost a year since its release, the album remained in the Top 20 albums of the Billboard 200, and it peaked at position number 13. The Sublime self-titled album went on to spend 122 weeks on the Billboard charts. By the end of the 1990s, the album sold over 5 million units worldwide, earning multi-platinum status. 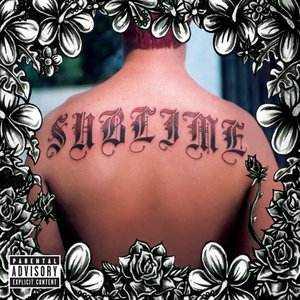 The Sublime self-titled album features such mainstays as “Summertime”, “Santeria”, “Wrong Way” and “What I Got”, earning the number 1 spot on the Modern Rock Tracks chart and #29 on the Billboard Hot 100 Airplay. “What I Got” was one of the most popular songs in the United States in the late 90s, and even reached the top 100 songs in the United Kingdom.

The music Sublime created was a unique fusion of reggae, hip-hop, punk rock, ska, classic rock guitar solos and even a touch of Spanish rhymes. All three-band members created their own style during recording sessions and live performances.

Needless to say, Sublime was the definition of innovators and ingenious musical talents. Sublime embodied what California music was, and still is to this day.

And now, twenty years later, the ever-growing fans are still cherishing Sublime’s special sound. The sound that Sublime created has influenced an entirely new generation of kids and fans alike. It is rare to walk down the boardwalk alongside the various Southern California beaches and not see a Sublime influenced tattoo, hear a Sublime song billowing from an open-air bar or accompanying a beach volleyball game. All of that is before touching the surface of the countless bands Sublime has influenced today.

Sublime still is, not was, one of a kind, and their name truly says it all. That is the beauty of Sublime.

Video: Sublime – “What I Got” (Official Music Video)