One of the fastest rising stars in the Polynesian music community will release a new album this summer.

Since his debut album release of Independent Soldiers in 2008, Spawnbreezie, has carved out a loyal fan base for his soulful sounds of reggae, hip hop, R&B, and island roots. Over the last six-years, that devoted following has now grown exponentially with tours throughout the continental United States, Hawai’i, Australia, New Zealand and Guam. 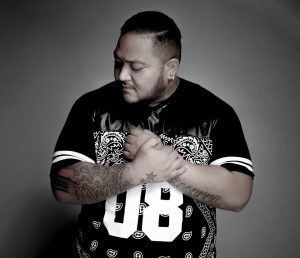 Spawnbreezie has performed alongside the likes of Tarrus Riley, Morgan Heritage, Fiji, J Boog, Tribal Seeds, Anuhea, Common Kings, Rebel SoulJahz, Sons of Zion, Israel Starr and many others, while also being a featured performer at the MayJah RayJah Music Festival in Honolulu, the Island Reggae Festival in California, as well as the Ragga Muffin Festival in New Zealand.

One of the first big breaks that Spawnbreezie received was radio air play of the hit single, “Oh My Goodness” (2012). But, the success carried on with forthcoming single releases “Im In Love”, which featured Celle, and the recent release of “Going Nowhere”, featuring Tenelle.

Since the calendar flipped over to 2016, Spawnbreezie has remained active, releasing three brand new singles, as well as being a featured guest on Rebel SoulJahz’s “Why Can’t You Love Me”. Now, on July 1, 2016, Spawnbreezie will release his latest studio effort, Reborn EP.

In support of the latest album and single releases, Spawnbreezie will spend his summer on the touring circuit, performing in California, Arizona, Washington, Oregon, Colorado, Utah, and Hawai’i. The supporting act for Spawnbreezie will New Zealand’s own House of Shem. The summer tour will also feature multiple festival dates, including Northwest Reggae Fest in Washington, the MayJah RayJah Music Festival on O’ahu and Maui, as well as the Island Vibe Music Fest in San Diego, CA.

For more information on Spawnbreezie, follow the links below.