Perhaps the most polarizing reggae singer of the past decade will spread his uplifting music across the globe.

Matisyahu has undergone an artistic and personal transformation since his early days as a “Hasidic reggae superstar”. Perhaps seeing Matisyahu live in concert, one might not even recognize the singer since cutting his hair and shaving his beard in 2011. 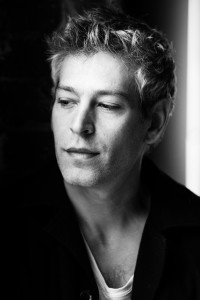 Matisyahu, with a new onstage image, has proved that his art, reggae music and powerful words in songs, are the dominating factor, not his style, facial hair or fashion. And, his devoted fans have continued to follow his continuously rising career.

His tour life and recording life have remained constant for over a decade, with recent releases of two more Live at Stubb’s albums and full-length album releases, Spark Seeker (2012) and Akeda(2014).

Now, in 2016, Matisyahu has formed his own backing band, consisting of Dub Trio bassist and long-time Matisyahu collaborator, Stu Brookswill, original guitarist John Zorn and Tim Keiper on drums. Together, the band has been on a long, extended run of tour dates dating back to February, touring throughout South America and the United States.

Matisyahu recently began his summer tour dates, performing at the famed Red Rocks Amphitheatre in Colorado, and his run of tour dates will not conclude until September. In the midst of his three-month tour, Matisyahu will be performing in Europe with featured dates in the Netherlands, Switzerland, Slovakia, Germany, France and Austria, including festival dates at SummerJam in Cologne, Sunsplash in Vienna, and Festival Mundial in Holland.

Bookending the tour dates in Europe will be an American tour schedule, spanning coast to coast with headliners 311. Matisyahu will have select headlining dates, including a brief trip in July to the Hawaiian Islands of O’ahu and Maui for the annual MayJah RayJah Music Festival on July 29th and 30th.

For more information on Matisyahu, all music releases and tour dates, follow the links below.