The eldest son of the legendary Bob Marley, Ziggy, will release a new, self-titled album this coming May. 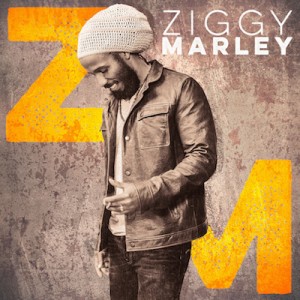 Now, for the very first time, the eldest Marley will release a self-titled album, his sixth solo studio album, Ziggy Marley, on May 20, 2016 through Tuff Gong Worldwide, Ziggy Marley’s own record label.

Ziggy Marley explains, “This record is a record from my heart, about the world we live in today. There is a message in there for the world. Every song carries its own ideas. We have tried everything; wars, revolution, everything. The world as a whole, has tried many things to solve the problems. Why not try to be loving.”

Ziggy Marley’s self-titled album is available for pre-order through his own website and iTunes music store.

For fans interested in capturing Ziggy Marley’s live performance, the reggae singer will be performing festival dates throughout the next few months, including BottleRock Music Festival on May 28th and the Orange County Fair Summer Concert Series on August 13-14.

For more information on Ziggy Marley, follow the links below.