An elite band in the reggae circuit announced a touring lineup change with one of their founding members.

Tribal Seeds has been ascending to the upper echelon of the reggae genre since the band’s formation in 2005. As a completely independent musical outfit, Tribal Seeds has released four full-length albums and one EP, all of which are featured on iTunes Top 200 Reggae Albums. 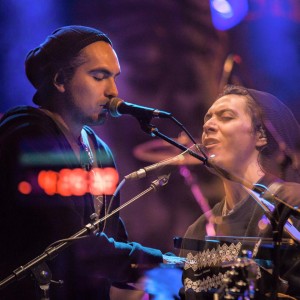 Over the years, band members have come and gone. Actually, Tribal Seeds currently boasts only two of the founding members of the band: the two Jacobo brothers.

Following the 2016 Winter Reggae Land Tour, which featured Tribal Seeds as headliners, alongside The Skints from London and The Steppas from Hawai’i, the band took a break from their grueling schedule on the road, only performing few choice festival dates from February to April.

On April 8th, Tribal Seeds began their Spring Harvest Tour in Las Vegas, performing as headliners at The MayJah RayJah Festival taking place inside the Hard Rock Hotel’s The Joint. One glaring omission from Tribal Seeds’ live performance was Tony-Ray Jacobo on keyboards and vocals.

Recently, Tony-Ray addressed the topic through his social media accounts, stating: “As some of you may have noticed, I am currently not on tour with Tribal Seeds. I’ve decided to step away from touring and playing shows to focus on producing the next [Tribal Seeds] album. A friend of ours, Luis Castillo, has taken my place on stage. Thank you all so much for your continued support. I’ll be working hard to bring you the best Tribal Seeds album yet!”

Currently, Tribal Seeds is midway through their spring tour as their hefty summer schedule approaches, utilizing Luis Castillo (Big Mountain/P.O.D.) on keyboards. Tribal Seeds will be performing as special guests on the upcoming Sublime with Rome summer tour, which also features the Dirty Heads and 311 on select dates. The summer tour will include over 30-dates, including a main stage performance at the prestigious California Roots Music and Arts Festival in May.

There was no timetable made public on when Tony-Ray Jacobo might return to the stage and perform with Tribal Seeds, or if he will make a triumphant return alongside his brother and bandmates in Tribal Seeds.