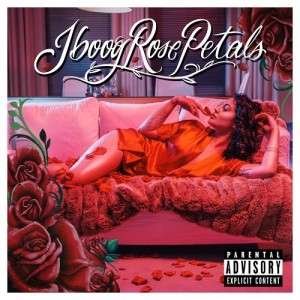 Most recently, Rose Petals is a five-song studio release, which features guest appearances from vocalists Stephen “Ragga” Marley, Snoop Dogg and Chaka Demus. J Boog’s collaboration with Snoop Dogg or Snoop Lion has been rumored for nearly four-years. In 2012, J Boog stated, “They weren’t rumors at all. We actually did a song together. Yeah, we did.” Now fans have had their opportunity to hear the studio version of the collaborative effort, “No Pressure” on the Rose Petals release.

The latest studio release from J Boog debuted at #1 on the Billboard Reggae Chart, knocking off Set In Stone by the California reggae band Stick Figure, which held the top spot on the Billboard Reggae Chart for the past 20-weeks. Rose Petals by J Boog also pushed aside Water For Your Soul by Joss Stone, who is not necessarily a reggae artist, but happened to have released a semi-reggae-esque album, thus being placed in the category.

As the rumor mill goes, Rose Petals might be the first of two releases for J Boog during the 2016 calendar year. It is rare to see a band or artist release and EP and full-length album in the same calendar year, but reggae acts follow their own blue print far away from traditional recording artists in the mainstream. And, fans in the United States will have an early opportunity to hear some of the new tracks live and direct at a concert this spring.

For more details on J Boog and the Rose Petals – EP, follow the links below.