Certainly, one of the most recognizable bands in reggae music has announced new tour dates that span the globe.

Inner Circle, known as the Bad Boys of Reggae, are the consummate professionals of the genre. This Jamaican bred, Grammy award-winning quintet, is one of the world’s most respected reggae groups with a long string of successes. Since band’s inception in 1968, Inner Circle has traveled the globe, far and wide. Now, in 2016, the Bad Boys of Reggae will be venturing to Asia, North America and Europe in the next few months. 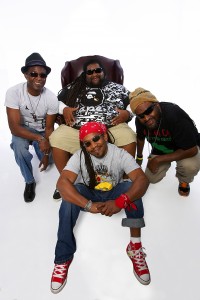 Other cities and countries featured on the upcoming Inner Circle world tour will be Germany, Poland, Estonia, the Netherlands, France, Switzerland, Spain and the United Kingdom, before heading to North America for stops in Toronto, New York, Las Vegas, Phoenix, Los Angeles, San Diego, San Francisco, Portland, Vancouver, among others.

Inner Circle will be touching down in three separate continents, so they will surely be somewhere in your neck of the woods during this calendar year.

For more information on Inner Circle, follow the links below.