The renowned international recording artist from the United Kingdom is poised to release his latest album.

Jacob Lee, also known as, Gappy Ranks, a dancehall singer that calls London home, is certainly not a newcomer to the reggae genre. His upcoming release, Guide Me, will be the fourth full-length album effort in the artist’s catalogue. 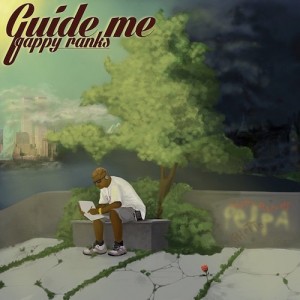 Guide Me is set for release on April 29th via VPAL Music. Gappy Ranks stated, “[I have] hand picked all 13-tracks and delivered, compiled and executed a sure classic feeling, which hits the listener from the title track, Guide Me.”

Guide Me features one collaboration, and that lone mashup comes courtesy of one of the biggest names in the reggae genre currently, J Boog. Gappy Ranks and J Boog come together on the track, “Natural Vibration”, produced by Special Delivery.

As for the album artwork, Gappy Ranks called upon Claudio Donzella of Sicily. The cover art blends both historic and controversial constructions, such as the once standing tall Twin Towers of New York City and the accompanying Statue of Liberty, as well as the Egyptian Pyramids, London’s Big Ben Clock and the Eiffel Tower of Paris. Also featured on the cover, Gappy Ranks is writing with his left hand, however, he is right handed. This represents the words he delivers, being inspired by others and his almighty.

From the cover art to the music inspiration nurtured throughout the album, Guide Me has a purpose for each listener to interpret.

For more information on Gappy Ranks and his music, follow the links below.