One of the biggest names in Jamaican reggae has announced new tour dates for the 2016 calendar year. 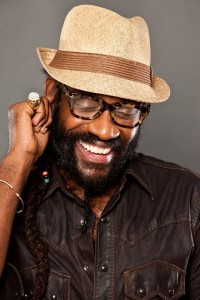 With over ten-years recording and performing within the reggae genre, Tarrus Riley has quickly escalated to a veteran and mainstay on the international touring circuit. Tarrus Riley has released six full-length albums, while also receiving multiple personal awards and accolades by the Jamaica Observer, the Reggae Academy, Soul Train Music, Caribbean-American Heritage and the Excellence in Music and Entertainment (EME) awards for Artist of the Year, Best Reggae Act, Song of the Year, Vocalist of the Year and many others.

With consistent touring internationally in support of Love Situation, Tarrus Riley is not resting on his laurels. After a 2015 booked solid, the same will hold true in 2016.

Beginning on March 5th, Tarrus Riley will kickoff an extensive string of tour dates in the United States, Bermuda, United Kingdom, Germany, France, as well as festival dates at California Roots Music and Arts Festival in Monterey, CA and second-straight appearance on the Welcome to Jamrock Reggae Cruise.

The first date on the tour will be in Las Vegas for the annual USA Rugby 7s tournament. Other featured performers on the bill for this event hail from the islands of Hawai’i, including Kiwini Vaitai, Kaipo Kapua and Maryanne Ito.

As has been the case in Tarrus Riley’s career, 2016 is shaping up to be yet another award winning year.