Columbia, South Carolina reggae-rock, hip-hop outfit, The Movement is set to release a new album in 2016.

Appropriately named for numerous reasons, The Movement have been recording and performing original tracks since 2003. The founding members of the band, Josh Swain and Jordan Miller, moved to Philadelphia early in their career and found a safe haven and new producer with Chris DiBeneditto (Slightly Stoopid, G. Love, The Expendables) at the Philadelphonic Studios. 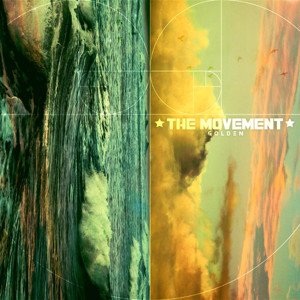 As band members came and went, The Movement settled down with a quartet of Swain and Miller sharing vocals and guitars, along with the rhythm section comprised of Jay Schmidt (bass) and Gary Jackson (drums). It was at this time in Philadelphia when The Movement caught their big break and breakthrough release, Set Sail (2008).

Many bands that feature two prominent singers and guitarists sharing those leading roles, their lifespan often times ends with a nasty split, and that scenario transpired with The Movement. First, in 2010, Swain left the band abruptly on a west coast tour in Arizona, while Miller assumed full control of all lyrics at live shows and the band’s subsequent release of One More Night (2012). However, while touring in support of One More Night, Miller told his fellow band members, that he was leaving the band hours before a show in their home state of South Carolina.

With a fully booked touring schedule, The Movement and Josh Swain reconnected and began playing shows as a three-piece band again, with the Philadelphia rhythm section of Schmidt and Jackson.

Yes, The Movement has had a complicated history, one that many may never really understand.

Ironically, since the summer of 2012, The Movement has found consistency and calm waters while sailing through their recording sessions and live performances. In 2013, the trio released Side By Side, which reached #2 on the Billboard Reggae Charts, followed by an acoustic release titled, Beneath The Palms in 2014.

The Movement’s Golden will contain 12-tracks and will feature guest appearances by Collie Buddz, Elliot Martin of John Brown’s Body, Leilani Wolfgramm, Mr. Williamz and Bobby Hustle. The Movement will release their sixth album, Golden on April 8, 2016 via Rootfire Cooperative. Golden was recorded at White Star Sound in Charlottesville, Virginia.

Beginning on St. Patrick’s Day, The Movement will begin a two-month stretch of tour dates in support of their forthcoming release, including festival dates at California Roots: Carolina Sessions, Mountain Jam Festival in New York, Levitate Festival in Massachusetts and the Reggae on the Block Festival in Florida.

For more information on The Movement and a full list of tour dates, follow the links below.