One of the world’s largest reggae music festivals has announced the details for the 2016 edition in Cologne, Germany.

SummerJam in Germany has seen the reggae genre’s best and brightest grace the stage over the lifetime of the annual festival, which is now in its 31st year. This year’s edition is dubbed “Back to the Future”, and the festival will span three days from July 1st to the 3rd in Cologne, Germany. 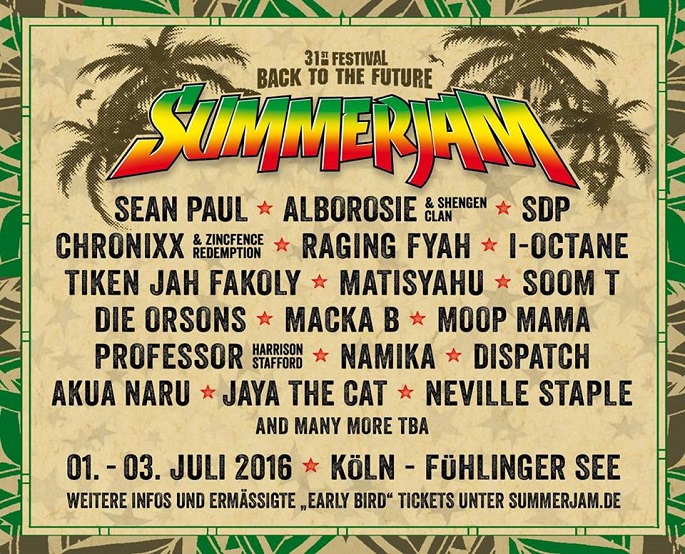 The first line-up revealed some of the biggest names in the reggae touring circuit currently, including headliners Alborosie, Chronixx, Sean Paul, Matisyahu, I-Octane, Raging Fyah, Macka B, Dispatch and many more throughout the festival weekend.

SummerJam has traditionally entertained a crowd of over 30,000 patrons per day, featuring two stages and
two tents, plus over one hundred food, drink and merchandise vendors throughout the festival grounds.

This is only the first round of artist announcements with more headlining and supporting acts to be announced in the early months of 2016.

For more information and details on everything revolving around SummerJam 2016, follow the links below.