One of the greatest honors in all of entertainment is singing the National Anthem. And, Anuhea can add that attribute to her list of achievements.

Hawaii’s own, Anuhea will have the great privilege of singing the “Star-Spangled Banner” at a National Football League game on December 6, 2015. The game will feature the host Minnesota Vikings and the visiting Seattle Seahawks. 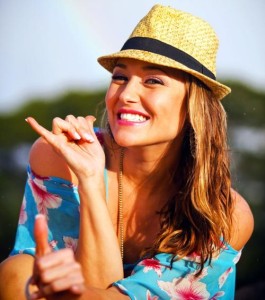 Anuhea joins an exclusive club of island reggae artists to sing the National Anthem prior to a NFL game, most recently George “Fiji” Veikoso sang at the Pittsburgh Steelers game in 2012.

However, this is not the first time Anuhea has performed during a National Football League event. Early in Anuhea’s career, the female singer-songwriter was the halftime entertainment at the NFL Pro Bowl at Aloha Stadium in 2011.

And, most recently, Anuhea performed the National Anthem at the World Champion Golden State Warriors home game in April of 2015.

As for this weekend’s performance, Anuhea said she grew up a Minnesota Vikings fan because of her dad’s rooting interests. “I’m pretty nervous about singing,” Anuhea said. “I’m a Hawaii girl with Hawaii vocal chords at that kind of temperature and there’s like a winter storm coming through right now, and I’m just praying everything will be OK.”

With hundreds of live concerts to her name throughout her career, I am sure Anuhea will be more than “OK” for this prestigious performance.

UPDATED: Watch Anuhea’s performance in the video below!