One of the most beautiful attributes of reggae music is the lyricism of the lead singers. Being able to translate the divine poetry across different languages is one feature Alpha Blondy is accustomed to. Born on Africa’s Ivory Coast, Seydou Koné, aka Alpha Blondy sings in English, French, Arabic, 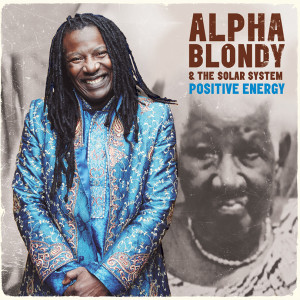 Hebrew and his native tongue, Dioula. Some of the most recognizable songs in reggae music are stamped by Alpha Blondy, featuring non-English lyrics, such as “Jerusalem” and “Sebe Allah Y’e”.

With over 30 years as a highly successful recording artist in the reggae genre, Alpha Blondy has his fair share of reggae anthems in the English language, as well. The list is lengthy, which is why Alpha Blondy continues to be a touring performer fans still demand. From near and far, each continent calls for live performances. Europe, North America and South America have all been longtime touring hotbeds for Blondy, and the veteran will be going back to the well, once again.

Alpha Blondy has been busy this year with performances throughout South America, stretching into the Caribbean Sea to San Juan, Puerto Rico, before beginning an upcoming string of shows in Europe during the holiday season and as the calendar turns over to 2016.

Somehow, Alpha Blondy has managed to fit in recording time to complete a new album, in between jet setting across the map for festival appearances and headlining world tour dates with his band, The Solar System. There is even a new release slated for the New Year.

If you are a reggae music lover and have never had the chance to see Alpha Blondy perform live, do yourself a favor and mark your calendar for the next show near you. Alpha Blondy might very well become your new favorite artist.

For more details regarding Alpha Blondy, his music and all upcoming tour dates, follow the links below.