One of the fastest growing American Reggae-Rock-Dub bands, Stick Figure, is set to release a new studio album on November 13th.

After performing only locally in San Diego and in the Boston area, Stick Figure and singer/songwriter/producer, Scott Woodruff, were essentially forced to tour following 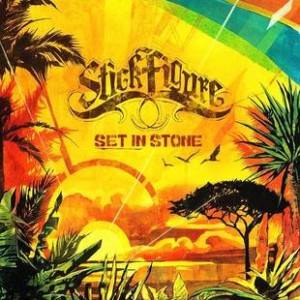 the 2012 release of breakthrough album, Burial Ground. The album was not the debut release from Woodruff and Stick Figure, but it was the catalyst to launch the touring outfit and follow up releases.

Now, after three-years straight of touring and recording, Stick Figure is poised to release their sixth studio album, Set in Stone on November 13th, 2015. As Scott Woodruff stated, “Three years in the making and over one hour of new Stick Figure music, I couldn’t be happier with the way this record turned out & to share it with you all.”

Set in Stone will feature 14-songs, including guest appearances by Kyle McDonald from Slightly Stoopid on “Choice is Yours”, as well as, “Mind Block” featuring Eric Rachmany from Rebelution and the 2014 summer anthem, “Smokin Love” featuring Bermuda’s Collie Buddz.

For more information on Stick Figure, the upcoming release of Set in Stone and upcoming tour dates, follow the links below.