“The Royal Family of Reggae,” Morgan Heritage is set to embark on the Strictly Roots European Tour in support of their recent release, Strictly Roots. 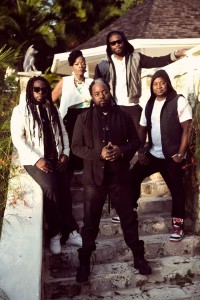 Fresh off of their Catch A Fire Tour in support of Damian “Jr Gong” Marley, Stephen Marley, Tarrus Riley and even special guest appearances by Barrington Levy, Morgan Heritage is set to perform headlining tour dates throughout Europe.

With extensive touring throughout North America and the United States, this will be Morgan Heritage’s first shows in Europe since the Strictly Roots album release. So, as you can imagine, fans will be anxiously awaiting the presence of the Royal Family of Reggae and their new music.

Tour dates include performances in the United Kingdom, Netherlands, Germany, France, Switzerland and Belgium before returning home to the island of Jamaica for the Welcome to Jamrock Cruise.

For more information regarding Morgan Heritage, the Strictly Roots album and upcoming shows, follow the links below.

Video: Morgan Heritage – “Put It On Me”