One of the top touring acts from Jamaica will take their live show to the United States in 2017. 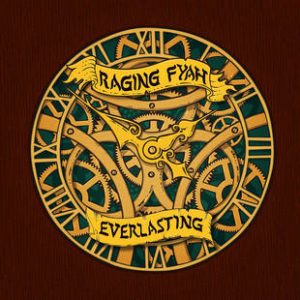 Over the past year, Raging Fyah has reached new heights, including performing in the United States for the very first time, as the band supported California reggae-dub band, Stick Figure on its Set In Stone spring tour. Raging Fyah also performed at the 7th annual California Roots Music and Arts Festival on Sunday, May 29th, joining Damian “Jr Gong” and Stephen “Ragga” Marley, Barrington Levy, Tarrus Riley, Don Carlos, and Marlon Asher as the flag bearers from Jamaica.

Even further into the future, Raging Fyah will be supporting the legendary United Kingdom reggae outfit, UB40, featuring Ali Campbell, Astro and Mickey, in the summer of 2017. The nearly one month long tour will be taking place in some of the UK’s largest arenas and outdoor venues, providing the largest platform for Raging Fyah’s music to be heard, live and direct.

However, before the calendar changes from 2016 to 2017, Raging Fyah will host their 6th annual Wickie Wackie Festival on December 2nd and 3rd in Kingston, Jamaica. The 2015 edition featured Grammy award winners for Best Reggae Album, Morgan Heritage.

For more information and a full list of upcoming tour dates for Raging Fyah, follow the links below.