The hometown heroes from Kailua-Kona will be back in the Aloha State this week for a string of shows. 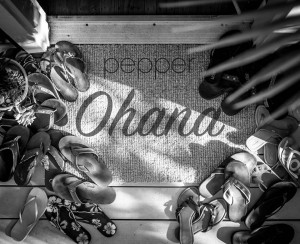 It has almost become a yearly tradition, the long lost prodigal sons return home to Hawai’i in December, for an early Holiday gift for their loyal local fans. This time around, the reggae enthusiasts throughout the Hawaiian islands will experience performances by Rebelution and New Kingston, on top of Pepper.

Pepper has long been one of the most successful, revenue generating bands in the American reggae movement.

The trio is going on 20-years as a live touring act, paving the way for so many other bands in the genre; not just from Hawai’i, but inspiring bands from across the fifty states.

The Big Island band will be performing in support of their latest studio effort, Ohana, which was released this past year on their own, independent label, Law Records.

Not to be overshadowed, Pepper will also squeeze in their old classics to the set-list, such as “Give It Up”, “Stone Love”, “Ashes”, and perhaps a rendition of “Stormtrooper” in honor of the late vocalist and collaborator Josh Fischel.

Catch Pepper live in Hawai’i on December 16th at the Waikiki Shell, December 17th at Kona Brewing Company, and December 18th at the Maui Arts and Culture Center.