CBS Radio in Las Vegas has announced the launch of 98.5 Da Shaka, Vegas’ Island and Reggae Station on 98.5 KLUC’s HD-2 frequency. In addition to listening to Da Shaka locally through the HD-2 frequency, listeners can also stream the station through Radio.com or the Radio.com app for mobile devices. 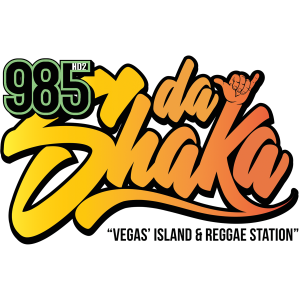 For local boys and wild wahines, Las Vegas has long been considered the “Ninth Island” by the Hawaiian community and this station will cater directly to that demographic.

Da Shaka will play the latest and greatest hits from Hawaiian based artists like Common Kings, Anuhea and J Boog to current reggae hits from Rebel Souljahz and Katchafire, and even traditional island songs from Keali’I Reichel and “Braddah IZ”, 98.5 Da Shaka will serve the Hawaiian and Island community of Las Vegas.

The station is programmed by CBS Radio Las Vegas Operations Manager JB King and Yung Jon Que (Jon Quiamzon). Born and raised in Hawaii, Que is a veteran of multiple Hawaiian radio stations, including Island 98.5 & 93.1 Da Pa’ina. Together, the duo has developed the overall sound and quintessential island vibe of the station.

“It is very exciting to offer an HD format and live stream for the Las Vegas Hawaiian and Island community, which has been steadily growing in Vegas for well over two decades”, says King. “98.5 Da Shaka will feature a mix of traditional and contemporary Hawaiian music. We are very fortunate to have some passionate team members creating the sound on 98.5 Da Shaka.”

Senior Vice President and Market Manager, Tony Perlongo adds, “The station is unlike any other offering in the market. It brings the music of the islands to Las Vegas and will cater to those looking for a station that soothes and relaxes just like the islands.”

CBS Radio Account Executive, Tammy Dill, stated, “Da Shaka was formed to replicate Island 98.5 in Honolulu, where Jon Que worked and we even kept the same call numbers for familiarity for the Hawaiian natives living in Las Vegas.”

It was not too long ago that Honolulu was home to the only reggae radio station owned by a major media corporation (Clear Channel Communications, Island 98.5 KDNN). Now, with Las Vegas joining the ranks, one has to wonder which major city will be next to add a reggae radio station to their local dial?

For more information on CBS Radio’s Da Shaka in Las Vegas, follow the links below.