Patricia Anne Jetton, known by her stage name, Hirie burst on to the reggae scene in 2013 with her debut album, released by VP Records subsidiary VPAL Music. Born in the Philippines and raised in Hawai’i, Hirie now calls San Diego the home base for her musical adventure. 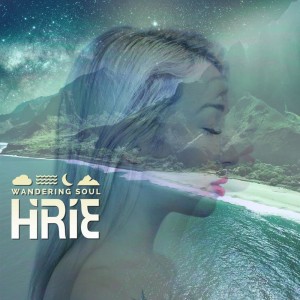 The immediate success of the band’s first full-length album created a label for Hirie as reggae’s newest female sensation on the rise.

Hirie found success on many national tours, supporting headlining acts like Tribal Seeds, J Boog, Collie Buddz, The Green, The Dirty Heads and performing as an opening act for the likes of Steel Pulse, Sly & Robbie, The Wailing Souls and Pato Banton. Most recently, Hirie performed on the main stage at the 7th annual California Roots Music and Arts Festival in Monterey.

Now, the latest release from Hirie, Wandering Soul (August 19, 2016), features eleven studio tracks, including collaborations with Nattali Rize, Nakho from Nakho and Medicine for the People, as well as Trevor Hall.

One interesting note regarding Hirie’s new album involves her loyal fan base and reggae music fans. Hirie’s Wandering Soul album was completely funded by a Kickstarter campaign in 2015. The goal for most musicians and bands is to release their music on a major label, but lately the independent route has been more fruitful for the bands and artists. Releasing a new album independently allows the artist to own the masters to all their music publishing rights.

Along with all the recent success in Hirie’s rise to reggae fame, the female singer can add to her impressive résumé: Billboard Reggae Albums Chart Top Album.

Other bands featured on the latest edition of Billboard’s top reggae albums include, Falling Into Place by Rebelution, Revelation Part II: The Fruit Of Life by Stephen Marley, Set In Stone by Stick Figure, the self-titled album by Ziggy Marley, Strictly Roots by Morgan Heritage, and Hotting Up by Iration, among others.