San Diego’s own, Tribal Seeds have rapidly become one of the biggest names in the American roots-rock-reggae genre. 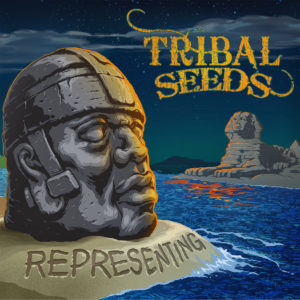 It is almost a disservice to call Tribal Seeds one of the fastest growing bands in the U.S. reggae scene. After all, Tribal Seeds has planted their flag on the international touring circuit. Just this past spring, Tribal Seeds shared the stage with the legendary Alpha Blondy in Lima, Peru to the tune of a sold out crowd.

Over the summer, Tribal Seeds has been touring with two bands on the verge of pop culture and mainstream success, Sublime with Rome and Dirty Heads, as well as 311 and Matisyahu, traveling from coast to coast. In the midst of all of these travels and live performances, Tribal Seeds has been working on a new album.

The most recent release from the Tribal Seeds’ camp came in 2014 with the full-length album, Representing. And, fans are awaiting the followup release in the very near future.

The band’s most recent release has taken so much importance, that keyboardist and the band’s own producer, Tony-Ray Jacobo aka Maad T-Ray, has relieved himself from touring duties to focus on the production of the upcoming release.

Since the beginning of the 2016 calendar year, Tribal Seeds gave fans a sneak peak at the latest music from the band, as Tribal Seeds released their most recent single, a lovers ballad, “Surrender” on February 2, 2016.

In the meantime, Tribal Seeds has kept their loyal fan base engaged with a free download via the band’s website. The free download features music from Tribal Seeds, including tracks from Representing, such as “Blood Clot” and “Night and Day”, as well as three tracks apiece from Roots Musician Records’ artists Aloha Radio and Wakane, as well as two from Maad T-Ray’s debut release.

The anticipation continues to grow for Tribal Seeds’ upcoming release. An official release date has yet to be confirmed from the band. However, fans in California clamoring for a taste of never before heard music, along with those classic tracks from the band can catch Tribal Seeds on the road this September at Dry Diggins Festival, Shoreline Jam, Cukui Music Festival and at The Discovery in Ventura.