Santa Barbara’s hometown band will release a live DVD and CD from their sold out show at Red Rocks.

One of the most prestigious outdoor venues in the United States has, once again, teamed up with one of the biggest names in the American reggae genre, Rebelution. On June 3, 2016, Rebelution graced the stage at the historic Red Rocks Amphitheater in Morrison, Colorado. The eventful night was the launch party for the band’s latest album, Falling Into Place and their summer tour. 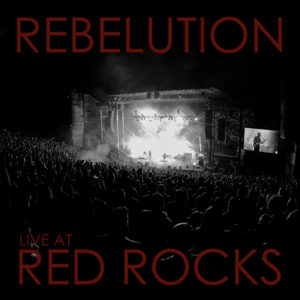 Coinciding with the Red Rocks Amphitheater performance, on June 3, 2016, Rebelution released their sixth album Falling Into Place via the band’s own 87 Music and in conjunction with Easy Star Records, an independent reggae label based out of New York.

After the first week of sales, Rebelution’s Falling Into Place peaked at #32 on the Billboard Top 200 Albums chart, as well as earning the top spot on the Reggae Albums chart. Since the release, Rebelution’s Falling Into Place has remained in the Top 10 of the Billboard Reggae Chart and has just recently reclaimed the #1 spot on that respective chart.

After getting their start in Santa Barbara, California in the quaint college town of Isla Vista, playing local house parties, Rebelution has since grown into a band that now routinely fills the near 10,000 seat capacity venue.

Rebelution has made Red Rocks in Colorado an annual summer tour stop since their first appearance at Reggae on the Rocks in 2012, and performed again at the one-day festival in 2013 and 2014, the latter as the festival’s headlining act.

When all was said and done, Rebelution sold out the 9,525 bleacher amphitheater in Colorado. In the the days and months leading up to the band’s upcoming Live DVD and CD release, Rebelution has released a sneak peak at what fans can expect from the sights and sounds from Red Rocks.

Rebelution will release this Live DVD and CD on October 28, 2016.