One of the fastest rising acts from Hawai’i is Jordan T, and the solo artist has released new music. 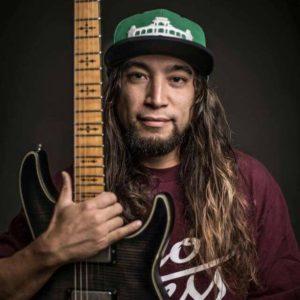 Jordan T, is certainly no stranger to the global reggae touring circuit. During his career, the singer and guitarist has toured alongside New Zealand’s Katchafire and one of Hawaii’s leading local reggae acts, Maoli. Now, as of 2016, Jordan T has ventured off to cultivate a prosperous solo career.

Over the past few years, Jordan T has become a mainstay on Hawaiian reggae radio stations on O’ahu, Maui and the Big Island of Hawai’i. Some of Jordan T’s most renowned singles to receive airplay include his breakthrough hit, “Sunset Tonight”, “Closer To You”, and the most recent release of “Find Ya Riddim”, which features Jemere Morgan, who is the son of Gramps Morgan of Morgan Heritage.

“Find Ya Riddim” was released to the public on June 27th and has quickly skyrocketed to the top spot on multiple reggae radio stations on the Hawaiian Islands, earning the titled as most requested song. The first single of 2016 is the debut single for Jordan T’s upcoming release, Bridges, which is lated to be released before the end of the 2016 calendar year.

One incredible feat for Jordan T saw his fan base donate over $30,000 in a 30-day Kickstarter campaign to fund the recording of his upcoming release. If the first single release is any proof of the quality of the recording sessions for Bridges, the fans will receive much more than their money’s worth.

For those reggae fans looking to catch a glimpse of Jordan T’s live performance, the solo artist will be hitting the road on west coast tour at the end of August, featuring dates throughout the state of California, as well as Washington.

For the latest information on Jordan T and album updates, follow the links below.