Stephen Marley has claimed the top spot on the Billboard Reggae Chart, following a long streak of American bands.

Many reggae purists feel the American brand of reggae music is under the umbrella of “fakin’ Jamaicans”. However, the iTunes Reggae Album sales and Billboard Reggae Chart has told a different story. There is an ever-growing demand and rising popularity for the roots-rock-reggae genre in the United States. 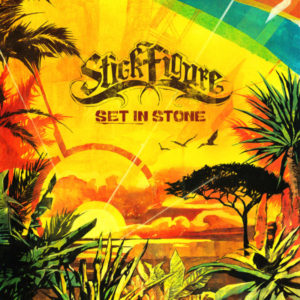 Since the early 2000s, bands like Slightly Stoopid, 311, Rebelution, Matisyahu, Pepper, Iration, The Green, Stick Figure and many more have reached the highest heights on these charts. And, the ticket buyers continue to sell out concerts from coast to coast.

Over the past twelve months, two American based bands, Stick Figure and Iration, have had a stronghold on the top of the charts with their most recent album releases. Stick Figure’s Set In Stone (Released on November 13, 2015) has held firm in the Top 5 Reggae Albums on Billboard, and held the top spot 23-weeks following the official release.

A similar story unfolded for Iration, the Hawaiian born, California grown reggae-pop-rock band. The band’s most recent release, Hotting Up (August 28, 2015), has remained inside the Billboard Top 10 Reggae Albums Chart since its release. On the iTunes Top Reggae Albums Chart, which features the Top 200 most successful album releases, Iration’s Hotting Up is sitting pretty at #11, as it approaches the one-year anniversary of its release. Adding to the prestige of Iration and the popularity of the band and overall brand, Iration’s Time Bomb (March 9, 2010) is the #14 album on the iTunes Top 200 Reggae Albums.

Most recently, the Santa Barbara, California band, Rebelution released their fifth studio album and sixth full-length release, Falling Into Place, during the first week of June. The top spot belonged to California bands until reggae royalty put an end to the streak. 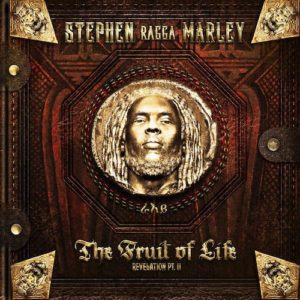 When reggae music needs a proper caretaker, find a descendant of Bob Marley. When Stephen Marley, Bob’s second eldest born son, released his most recent album, Revelation Part II: The Fruit of Life (July 22, 2016), the new album instantly debuted at the top spot and has yet to relinquish its position for three weeks running.

Yet, if the bands were to perform a nationwide tour or share a date on a mainstream festival, certainly Ziggy Marley would hold the title as “top ranking”. American reggae bands are often times thought of as stealing the style, or even, taking the top dollar. But, when push comes to shove, the respective big names and big draw routinely find their way to the number one spot.

If the message is in the music and the music is pure, fans will buy the albums and give the performers a sold out crowd at each venue. It really does not matter if the performer or band calls the island of Jamaica home or sides with the stars and stripes of America.

Reggae music remains true, to all the listeners around the globe.