One the new generation of Jamaican roots, rock, reggae artists, Kabaka Pyramid, will embark on a European tour.

Keron Salmon, known as Kabaka Pyramid, is a multi-talented artist and producer, hailing from the streets of Kingston, Jamaica with a unique musical style blending the power, energy and melody of reggae with the lyricism of hip hop. The name “Kabaka” is Ugandan for “King” and the long lasting survival of the pyramids of ancient Africa represent his desire for longevity in the music and deep connection to Kemetic roots; leaving messages for generations to come. 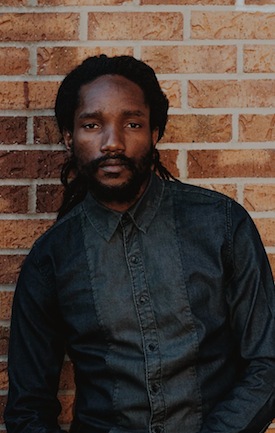 Coming from the heart of Jamaican music, Kabaka Pyramid is an ever-evolving artist that has numerous ways of expressing his creativity.

The ability to watch and learn from others around him has made him into somewhat of a Jack-of-all-trades, writing lyrics, producing tracks, engineering/recording himself or other artists, mixing songs, editing video/photos and even playing the guitar.

Kabaka Pyramid has reached a broad audience with his studio albums and hit singles, featuring guest appearances by Protoje and Tarrus Riley, as well as his latest release Accurate, featuring Major Lazer as the producer.

Over the years, Kabaka Pyramid has reached new heights, including performing in over ten countries on the recent “Rebel Music Tour” performing on major reggae festivals spanning from the United Staes to Europe.

He has brought his message and power to stages such as Reggae on the River, Rototom Sunsplash and Jamaica’s own Rebel Solute. He has certainly developed a solid global fan-base that connects with his music.

Now, Kabaka Pyramid will travel to Europe for a string of tour dates, including performances at Ostroda Reggae Festival in Poland, Boomtown Fair in the United Kingdom, Rototom Sunsplash in Spain, Reggae Summer Night in Germany, and many more festival dates throughout the continent. Kabaka Pyramid’s European Tour will run through September 3rd with shows in Belgium, Germany, Austria, France, Spain, Poland, Slovenia, Slovakia, Croatia, Switzerland, and the United Kingdom.

To end the 2016 calendar year, Kabaka Pyramid will perform on the annual Welcome to Jamrock Reggae Cruise, the traveling reggae concert from Florida to Jamaica, which begins on November 18th.

For more information and a full list of upcoming tour dates for Kabaka Pyramid, follow the links below.