With a new album on the way, the second born son of Bob Marley will hit the road.

Stephen “Ragga” Marley, the six-time Grammy award winner, known for such reggae staples as “Pale Moonlight”, “No Cigarette Smoking”, “Made in Africa”, “The Traffic Jam” and many others, Ragga will release new music this summer. On July 22, 2016, Stephen Marley will release his forthcoming album Revelation Part II: The Fruit of Life via Ghetto Youths International. 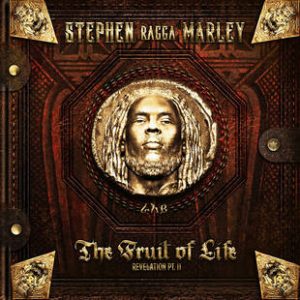 The upcoming release from Stephen Marley will be his follow up to Revelation Part I: Root of Life, which took home the Grammy award for Best Reggae Album of 2011.

According to a press release via Stephen Marley, “The Root of Life is more a traditional roots reggae album, whereas The Fruit of Life will utilize a diversified sonic palette to express the far-reaching impact Jamaican music has had on various genres, especially hip hop.”

With all those collaborations and the depth of talent featured on the upcoming release, fans will be anxiously anticipating that rapidly approaching date. For those that wish to receive an early taste of what is to come with the new album, Fruit of Life is available for pre-order now. With the early purchase, fans will receive the songs “Rock Stone” feat. Capleton & Sizzla, “Ghetto Boy” feat. Bounty Killer & Cobra and “Scars on my Feet” feat. Waka Flocka.

Accompanying the new album, Stephen Marley will hit the road to tour the United States. Following his headlining appearance at the 7th annual California Roots Music and Arts Festival, Ragga will head east for shows in Texas, Colorado, New York, Chicago, Boston, Philadelphia, and will also feature numerous festival dates. In total, the tour will feature 44-cities before concluding in New Orleans on July 24th.

For more information on the Fruit of Life album and all upcoming tour dates, follow the links below.