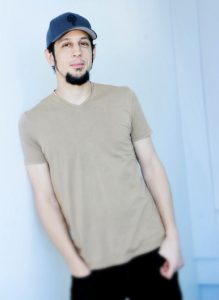 During the first shows from Rising Tide, touring throughout Europe, The Island Sound caught up with producer and keyboardist, Marcus Urani to discuss the latest happenings with the new project, Rising Tide.

The topics discussed include, how the new project came to light, the band’s first tour through Europe, future touring plans, collaborating with Jacob Hemphill from SOJA, the relationship for with jazz guitarist, Yotam Silberstein, as well as the current state and future plans of Groundation.

Without further ado, here is the exclusive interview with Marcus Urani of Rising Tide…

The Island Sound: What was the thought process, or idea, behind starting this new project with Rising Tide?
Marcus Urani: It started with a conversation between Kim and I, saying that we should write some songs together. We had a few extra days in California after a tour and had some jam sessions. We wrote “Time Bomb” the first night and decided to record it. We really liked it and saw the potential we had making music together. When I got the guys together and we started working on new material it was apparent that this was going to be something we all enjoyed. The idea started with Kim and I, but we didn’t know it was going to turn into Rising Tide. Once the ideas started flowing and we got everyone together, it was apparent that this was going to be something we could stretch out in different ways and we were excited to start exploring.

The Island Sound: Normally for debut releases, a collaboration with someone as prominent as Jacob Hemphill are merely a pipe dream. Was it necessary to have a star-studded collaboration for an instant attention grabber within this genre, under the name Rising Tide?
Marcus Urani: No, all the guest artists are friends that we have met over the years. We have played festivals together, spent time together, and we just wanted to include some of the people that have had a positive impact on our lives. I was working on Amid the Noise and Haste with Jacob, playing keys, at the time of this recording. I told him I had to stop for 8-10 days because I had a session for a new project. He asked me what it was about and by the end of that conversation he said “Cool, send me a song”. We have had a lot of good times hanging together and it was time to collaborate in this way.

The Island Sound: For the debut album, how did the relationship with notable jazz guitarist, Yotam Silberstein arise? Did he also join Rising Tide on tour, as well?
Marcus Urani: It was great. We met Yotam in New York while playing a gig out there. We hung out all day together, then he sat in that night. He is such a positive person and a great musician. We really enjoyed his vibe and it was so nice to have him during the session for the album. We communicated well together and he brought his own flavor to the music. We have many things in common which made it fun and fit perfectly into the music we were making. Yes, he joined us for the Europe tour and it was fantastic. 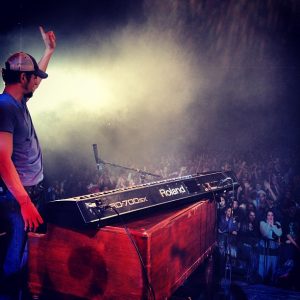 The Island Sound: Switching to Rising Tide’s live show; Europe has long been a thriving market for reggae music, specifically France. Was the success of Groundation touring in France over the years a factor for debuting Rising Tide’s live performance in that market?
Marcus Urani: France has supported us over the years and we are so grateful. We have a lot of good friends and family over there. It was great to be back and share this new music with them.
We look forward to playing all over the world and bringing the new music to as many countries as we possibly can.

The Island Sound: How has the response and attendance figures been at your live performances thus far?
Marcus Urani: The album was just released before our first tour. This is a new name, new music, and people are just discovering us. There was more than enough people to have a show every night on tour and the response was super positive. We will continue to grow and make music, which is what life is all about for us.

The Island Sound: Are there any future plans to tour in the United States or Central and South America?
Marcus Urani: Yes, we can’t wait to perform in the states and South America. Brazil, Argentina, Peru, Chile have all been very supportive over the years. We are looking to return there towards the end of 2016. It will be so nice to tour in the United States again, as well. This is where we come from and the people have always been there for us. We are checking dates in 2017 and are looking forward to performing here again.

The Island Sound: Now, just to conclude; what does the future hold for Groundation and Harrison Stafford? It has been two years since the album, A Miracle, and four years since Building An Ark. Are there any plans for a new album?
Marcus Urani: Groundation is on break right now. We have worked together for many years and it is time to take some time off. Harrison is working on his solo project and we are working on Rising Tide. There are no plans for an album as of yet, but you never know what the future may bring.